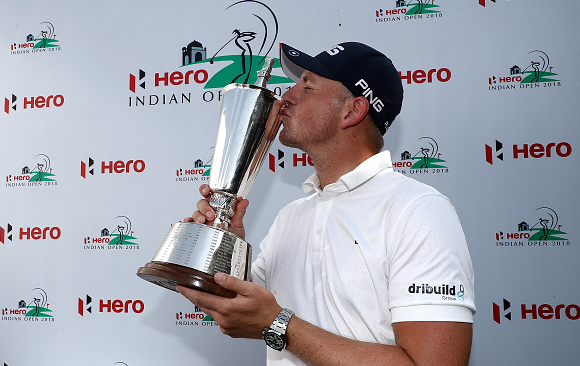 Matt Wallace shot a final-round 68 and then edged Andrew Johnston in a playoff to capture the 2018 Hero Indian Open. 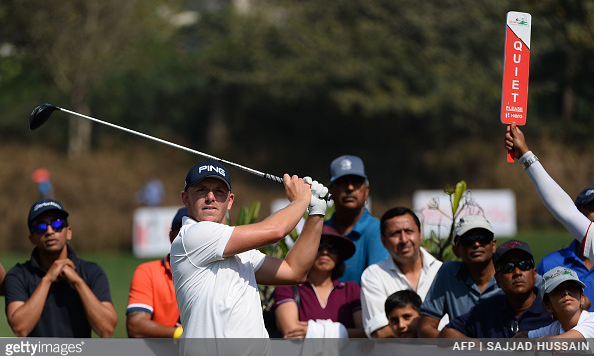 The Englishman, who entered the day at DLF Golf and Country Club with a share of the lead, signed for a four-round total of 11 under to match compatriot Johnston, who was in the clubhouse with a 66.

Playing the par-5 18th in overtime, Wallace was on in two, while Johnston got there in three. After Johnston’s birdie attempt lipped out, the 27 year old Wallace had two putts for the title.

His first snugged the side of the hole, leading to a tap-in birdie, and career European Tour title number two.

“I played great. Ever since being three over through eight at the start of the week I’ve played some of the best golf of my life and to do it in that style at the end there capped it off,” said Wallace, who won his maiden Tour title last season at the Open de Portugal at Morgado Golf Resort.

“Beef really had a great round today because I was playing fantastic and thought I might have been a few more clear.

“I hit some really good shots and that play-off: I pumped it down there on the last and it went a long way and then a four iron went even further than I thought it would so I was jacked up a bit. To hit two shots like that is exactly why I play the game.

“With the people that were coming up behind me, there were some real class players. Beef’s putt on the last should have gone in and it’s just my day today.” 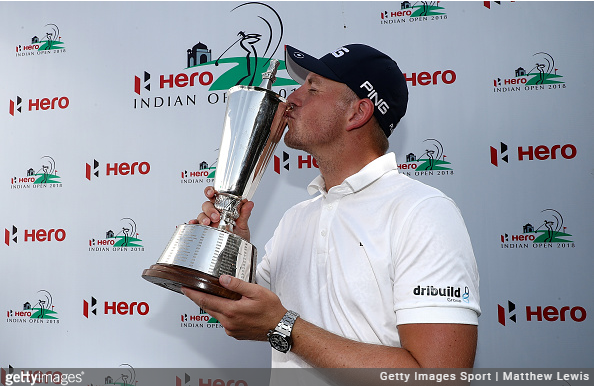 American Sihwan Kim finished three back at 8-under par, a shot clear of Spaniard Pablo Larrazábal and Austrian Matthias Schwab who ended T4 at 7 under.

Argentinian Emiliano Grillo, who led after 18 and 36 holes but shot a 78 on Saturday to fall out of contention, posted a final-round 72 to finish solo six at 5-under par.

Overnight co-leader Shubhankar Sharma, the young Indian star, struggled to a 75 on Sunday, dropping to T7 alongside Englishman Stephen Gallacher at 4-under par.

The win was worth 22 points in the Official World Golf Rankings, and will move Wallace from 152 to inside the top 100. The 27-year old Englishman also took home a check for $291,600 as well as the same number of Race To Dubai points.

VIDEO: WALLACE FOR THE WIN

Wallace laser beams his second shot at the par-5 18th in OT and absolutely loves it, saying “Be right there,” after an impressive club twirl.

The shot that won it? ? Unbelievable from @mattwallacegolf ?? #HIO2018

Wallace then snugs eagle putt next to the hole, leading to a top-in birdie and Tour victory number two.

“I’ve played some of the best golf of my life and to do it in that style at the end there capped it off.”
– Matt Wallace