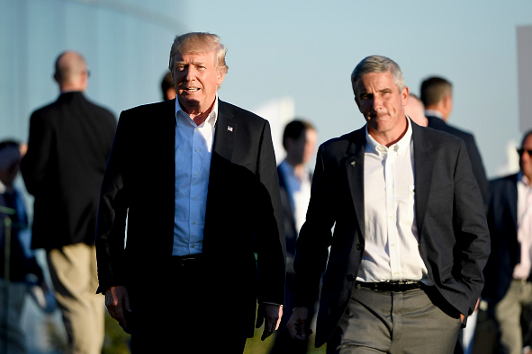 The geniuses down in Ponte Vedra Beach, FL decided to join the LPGA and book an official PGA Tour event in South Korea at a time when North Korea’s dictator was “begging for war” with its southern neighbor.

Now as tensions escalate and both major golf tours start their “Asian Swing,” things really seem to be heating up.

The U.S. military put on a new show of force overnight against North Korea by flying two B-1 bombers from Guam to the Korean Peninsula pic.twitter.com/jlhNoouoHc

Last night, the U.S. military flew two B-1 bombers from Guam to the Korean Peninsula. CBS News breathlessly reported, “The LONG RANGE BOMBERS can fly at supersonic speeds and carry a heavy LOAD OF BOMBS.”

But is it really logical to think the U.S. would launch attacks on North Korea knowing both the PGA and LPGA tours are in the middle of a war zone?

The recent flexing of U.S. military muscle seems to be a show of force – a protective measure, to prevent any Pyongyang missile launches as the American-based golf tours make their way through the danger zone. 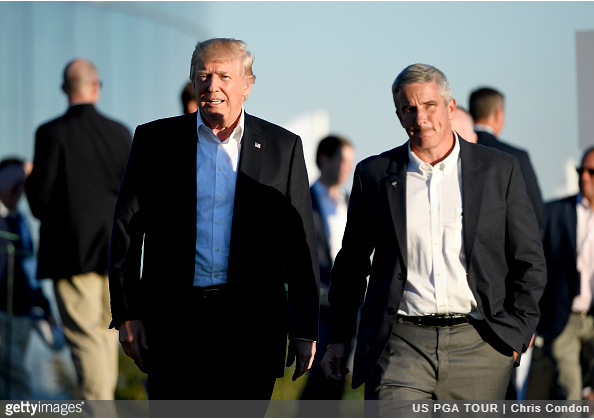 Last month the PGA Tour released a statement in advance of the new CJ Cup: “From a safety and security point of view, we will continually monitor, review and evaluate the situation. Should future circumstances or developments dictate a change in our position, we will promptly advise all parties accordingly.”

The LPGA Tour is in Incheon, South Korea this week for the KEB Hana Bank Championship.

“Regarding Korea, specifically, we have had regular contact with our security teams in the U.S. and Korea, with the U.S. Department of State, as well as the PGA Tour, regarding their event in Korea this fall,” Heather Daly-Donofrio, the LPGA’s chief communications and tour operations officer told the GolfChannel.com.

Just last month, the Japan Tour suspended the ANA Open (Sapporo, Japan) after North Korea launched a missile that crossed over the Japanese island of Hokkaido. Play resumed after the threat cleared. 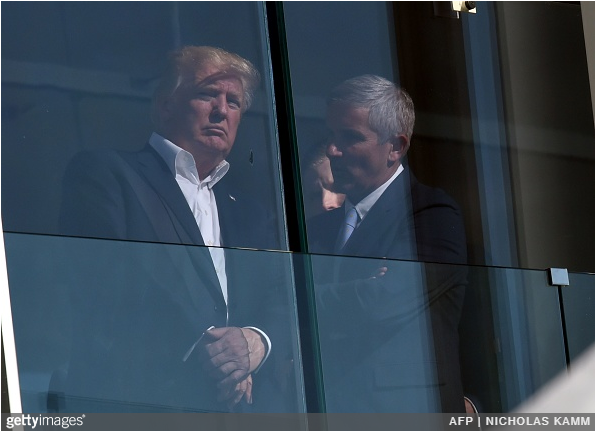 With that noted, it was no coincidence that President Trump showed up at Liberty Golf Club two weeks ago, and became the first sitting POTUS to award the Presidents Cup to the winning team. The invite by the Tour was a strategic way to get the president’s ear to discuss “safety and security” measures.

What about the players, are they worried? Apparently not – especially when they’re getting what amounts to “free money.”

“Free money. I’d go to the moon for free money,” Pat Perez said last month while playing in the Dell Technologies Championship. “When it’s time to go, it’s time to go. We’re on an island, so we’re way off the beaten path. If it was like one of the hot spots, maybe.”

The same goes for the LPGA Tour, as fifteen of the world’s top 16 players are in the field for the $2M Korean event.

As they say, money talks.

The views and opinions expressed in this article are those of the author and do not necessarily reflect the position of Pro Golf Weekly.