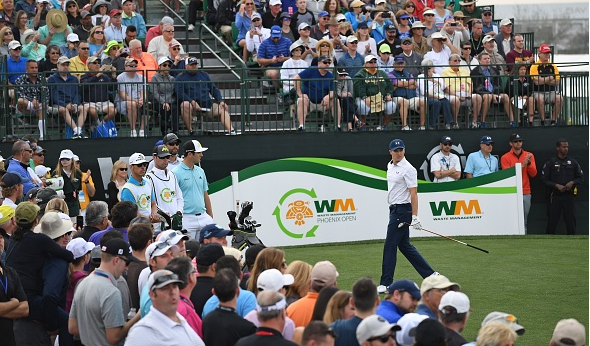 Spieth fired a 4-under in his opening nine holes and birdied two of the first four holes (11 & 13) on the back. The 23-year-old dialed in a perfect approach shot into the 11th to a couple of feet.

Spieth did run into trouble on the par-4 14th with a bogey, which dropped him back into a tie for 10th.

Through 14 holes, Spieth is four shots back of co-leaders Byeong Hun An and Brendan Steele, who are at -10.

The two-time major winner, has gotten off to a strong start to the new season, with finishes of T6, T3 and a solo 3rd in his first 3 events.