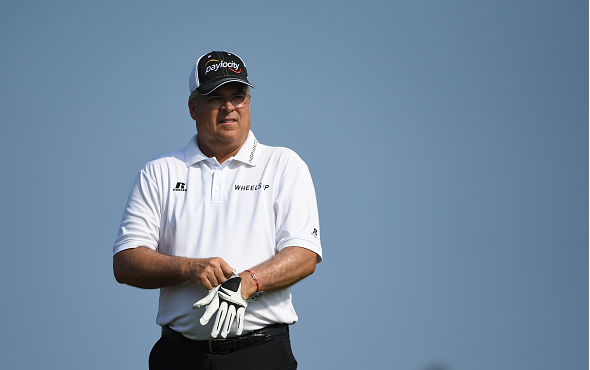 A 64 is really, really good golf in a USGA championship, but it’s even more impressive when you factor in that he was 2-over after four holes (bogey-bogey-par-par).

Over the next 14 holes, the 56 year-old Kentucky native went bogey-free with eight (count ’em, eight!) birdies, including four over the closing five holes on the front-nine.

For his performance, the USGA named Perry its ‘Performance of the Day.’

.@KennyPerryGolf bounced back from a bogey-bogey start to tie the #USSeniorOpen lead, earning him the @Lexus​ Top Performance of the Day. pic.twitter.com/ZT5YcVVlsM

Perry will be paired with co-leader Triplett in Saturday’s final pairing at Salem Country Club. The co-leaders tee off at 1:50 PM. FOX has coverage starting at 1 PM.