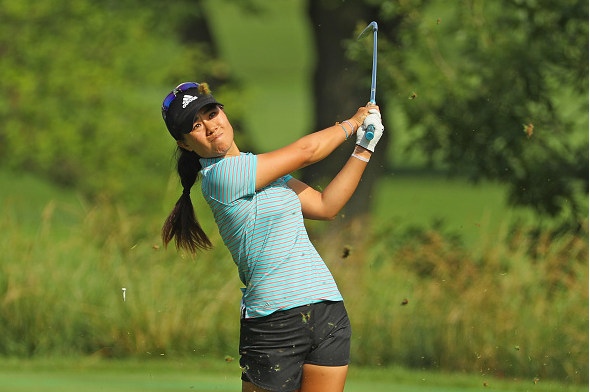 Danielle Kang and Sei Young Kim both shot 5-under 65s on Friday and share the lead at the 2017 KPMG Women’s PGA Championship after two rounds of play.

Kang, who has played 36 holes of bogey-free golf, said, “Both of those rounds, I kept my game plan and they were both bogey-free, so I’m pretty happy.”

Ewart Shadoff fired a 4-under 66 and is tied for third at 6-under, alongside Mi Hyang Lee, Chella Choi, Amy Yang, Brittany Lincicome.

Defending champion Brooke Henderson headlines a group of four at 5-under-par. Lydia Ko and Michelle Wie are tied with Aditi Ashok at 4-under.

“Both of those rounds, I kept my game plan, and they were both bogey-free, so I’m pretty happy. I kept sticking to the iron shots that I trusted all my life, and giving myself opportunities is what we‘ve been doing.”
–Danielle Kang