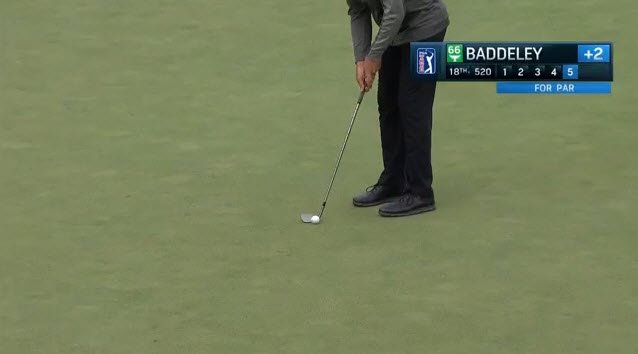 Baddeley lost his putter during the final round at the Deutsche Bank Championship and decided to use his wedge on the greens.

@AaronBadds makes another putt w/ wedge. Mystery of what happened to the putter continues. #DeutscheBankChampionshp pic.twitter.com/M8ZUkxgF48

.@AaronBadds is rolling it pretty well with a wedge.

Not a bad putting stroke with a wedge from the PGA Tour’s best putter.

It’s unclear as to why Baddeley was putting with a wedge but he had to finish out his round without a putter.