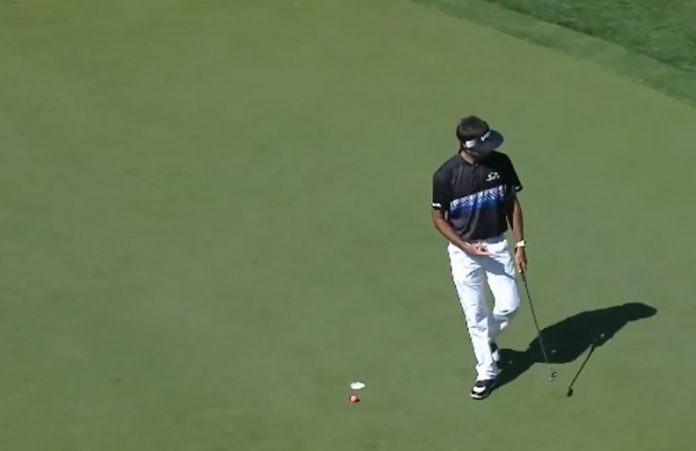 This is why Bubba Watson is not exactly the most liked player on the PGA Tour.

The 16th ranked player in the world (and falling fast) lines up what looks like about a 2-footer. Then as his PINK! golf ball rims the lip, Bubs looks over to the gallery in an attempt to deflect from his piss-poor performance.

A couple of fans check in with some comments on Bubba’s little pink ball.

has he made a cut with those colored balls yet? I think it's time to move on @bubbawatson