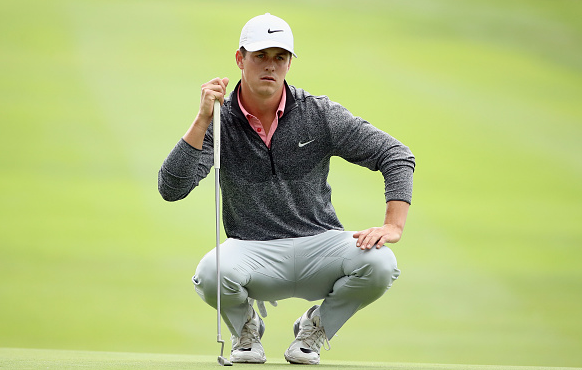 Cody Gribble was just off the edge of the green on the par 3 15th, leaving him with about 6 feet to the hole for birdie. And because the ball wasn’t on the green, the stroke didn’t count as an official putt.

Gribble’s birdie attempt rolls 6 feet to the hole, and another 43 feet past it – thanks to a little wind, some downhill terrain, and a bit too much oomph on the putt.

Of course, the golf gods shine down on Gribble, and, he naturally sinks the 43 foot “comebacker” for a ‘one-putt’ par.

Gribble would go into double bogey the 17th, and end his round at 10-under par, 5 strokes off the lead, but still in the hunt at T8.