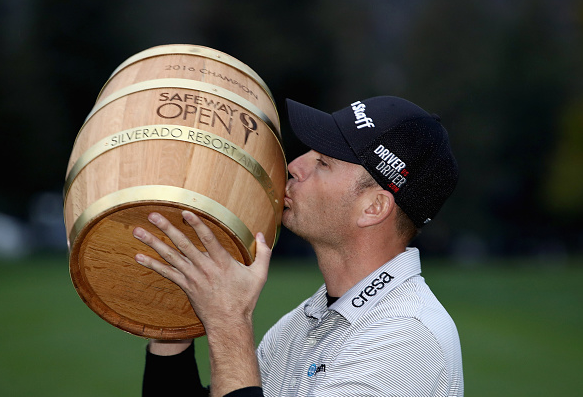 Brendan Steele shot a 7-under par on Sunday, highlighted by birdies on the final three holes, to win the 2016 Safeway Open. The 33 year-old Steele finished at 18-under par, and beat out 54-hole leader Patton Kizzire by a single stroke.

Kizzire was unable to get anything going over the final 9 holes, playing to even-par despite two par 5s.

Paul Casey, Scott Piercy, Michael Kim and Johnson Wagner all finished at 16-under and tied for third.

This is the second PGA Tour title for Steele, who finished 63rd in the FedEx Cup standings. For the win, Steele pockets $1,080,000 and secures 500 FedEx points.

“This one’s awesome, home state, start the year out and now I’m going back to the Masters, that’s all amazing, and this is a little bit of redemption for last year. It’s nice to close it off this way.”
–Brendan Steele, Winner