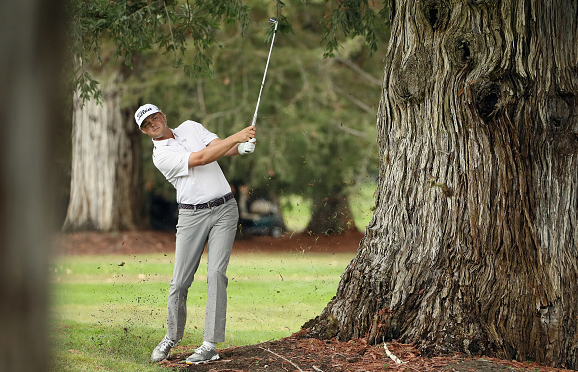 Patton Kizzire shot a sizzling 6-under par on Saturday and leads the Safeway Open after 54 holes. Scott Piercy, the 36 hole leader, and Johnson Wagner are only one back at 14-under.

The 30 year-old Kizzire had something of a breakout season in 2016, finishing 82nd in the FedEx standings, while raking in nearly $1.5M in earnings. The Alabama native will be seeking his first PGA Tour win on Sunday at Silverado.

Through 3 rounds, Kizzire has averaged 292 yards off the tee while hitting 82% of greens in regulation.

Kizzire is the leader, thanks to putts like this one.

Patton Kizzire puts himself in solo second with this putt. https://t.co/FbMV9KoVvK