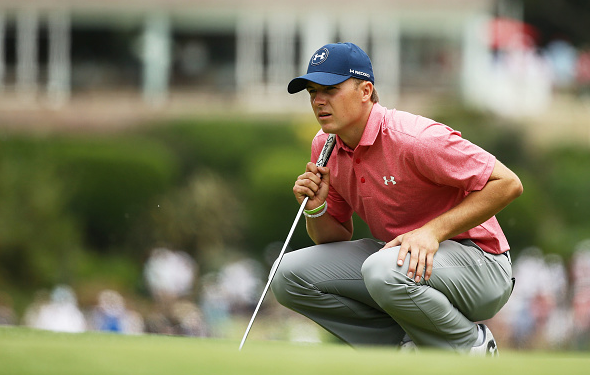 Jordan Spieth, the former number one player in the world, started his day very shaky after double-bogeying the par-3 2nd. But Spieth quickly bounced back with birdies at 3 & 4 and eventually played his last four holes of the day at 4-under par.

The 2015 FedEx Cup Champion chipped in from off the green twice in his opening round but his chip-in eagle at the par-5 9th was perfection. Spieth rolled his approach shot just over the green and played his 3rd shot back into the breeze, landed soft and rolled in the center of the hole.

Spieth currently sits at 4-under-par, T7, and will be teeing off at 12:07 with Rickie Fowler.

Fowler and Spieth made some jokes of #WinterMeetings2k17 on Twitter.