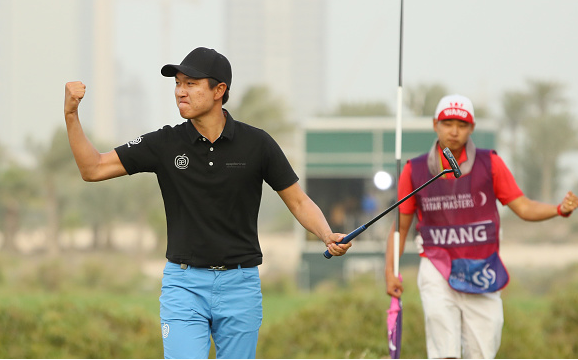 Wang started the day with a 3-shot lead, but got into trouble early on the back-nine. The South Korean had a chance to win it in regulation on the final hole, but left his birdie putt about 2 inches short, and had to settle for 16-under and a playoff.

An inch from victory pic.twitter.com/25zYArMpCb