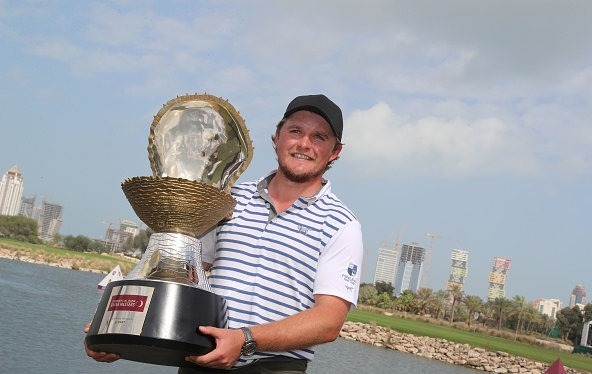 Eddie Pepperell posted a final-round 2-under 70 and held off a back-nine challenge from Oliver Fisher to capture his first European Tour title at the Commercial Bank Qatar Masters. 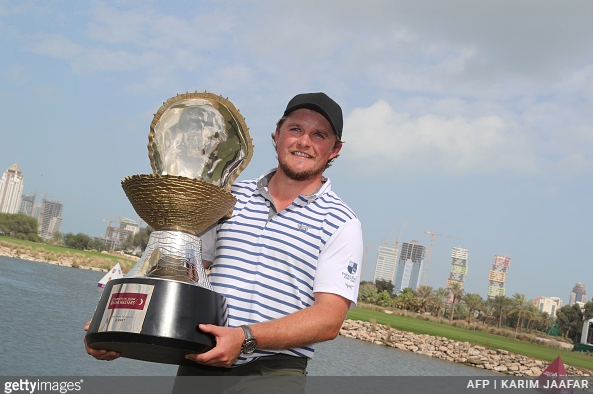 The Englishman entered the final day at Doha Golf Club tied for the lead with compatriot Fisher, but at the turn Pepperell was holding a four-shot advantage.

The homeward nine saw Fisher close the gap to just a single stroke as the pair reached the 18th tee. But par 5s by each on the final hole had the 27-year old Pepperell at 18-under par, one stroke better than Fisher.

“What a day. Oli [Fisher] made it really tough and I made it tough for myself at the end there with the second shot at 18,” said Pepperell.

“I felt good all day, I felt comfortable. I didn’t feel that comfortable with my swing but I was in a great place mentally and I kept telling myself that I’m going to win this.

“This will give me confidence. When you win, you know you can win. I’ve always felt and believed I will win out here but it hadn’t happened before today.

“You’ve always got to take that step and that’s uneasy but at some point in everyone’s career they’ve got to do something for the first time.

“Hopefully this is not my last.” 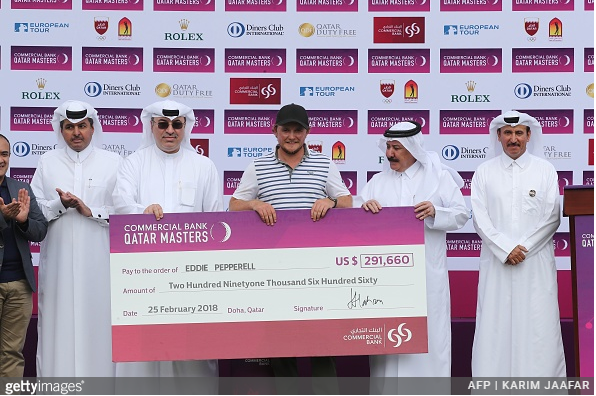 The win earned Pepperell $291,660 and the same number of Race to Dubai points. The victory also brought with it 24 Official World Golf Ranking points, which should see him jump inside the top 100 (from No. 154) on Monday morning.

Swede Marcus Kinhult grabbed the bronze at 16 under, following a final-day 68.

Spanish duo Gonzalo Fernandez-Castaño and Pablo Larrazábal, Frenchman Grégory Havret and Italian Renato Paratore were one further back at 15 under.

“You’ve always got to take that step and that’s uneasy but at some point in everyone’s career they’ve got to do something for the first time. Hopefully this is not my last.”
-Eddie Pepperell