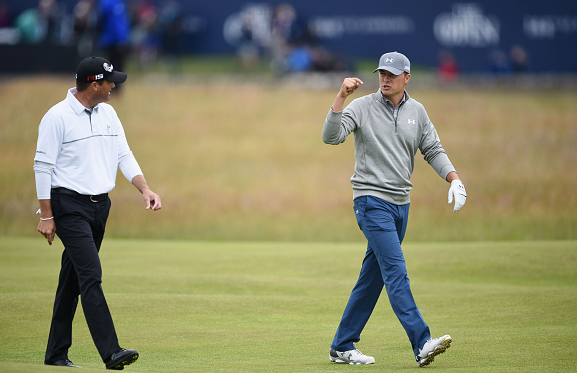 The 2017 Zurich Classic will be the first official PGA Tour team event since the 1981 Walt Disney World Classic. The tournament at TPC Louisiana has a field of 80 teams made up of 160 golfers.

The two members of the winning team will not be awarded any world ranking points, but will get all the other perks that go with a standard PGA Tour win – millions in cash, exemptions, and FedEx Cup points.

Let’s take a look at three of the favorite teams this week in New Orleans.

One of two teams in the field where both members are in the world top-10 (Henrik Stenson is 6th, Justin Rose is 8th), the Stenson/Rose duo could be the most intimating in the field.

Those who watched The Olympics last year are especially familiar with this team: Rose won the gold medal and Stenson took silver. They’ve also been paired together in several Ryder Cup matches, highlighted by a 3-0-0 performance they put together as a team at the 2014 matches at Gleaneagles.

Stenson is coming off a phenomenal 2016 season where he won the Open Championship and finished first in the European Tour’s annual Race to Dubai. He got off to a good start in the current season, with a T2 and a T7 in his first two PGA events, but as of late he’s been surprisingly terrible with three straight missed cuts.

Rose, meanwhile, has been phenomenal since the calendar flipped to 2017. The 2015 Zurich champion has four finishes inside the top-5 in just 8 events, including a recent runner-up finish at The Masters.

This is the other team in the field where both members are inside the world top-10. Jason Day is currently ranked No. 3, while Rickie Fowler is ninth. Their combined average ranking (#6) is the best in the field.

Similar to the Stenson/Rose duo, this team features one player who has been great this year, while the other is in a surprising slump.

Day finished 2016 ranked No. 1, but since he came back from a back injury that caused him to miss the last few months of the year, he’s looked like the world’s best golfer just once: during a second-round 64 at the Pebble Beach Pro-Am that briefly had him in the lead.

Since Pebble, Day has not contended anywhere and has no finishes of higher than T22.

Fowler, on the other hand, looks like he is in the midst of a potential career-season. In eight events this season, an anomalous missed cut at the Farmers Insurance Open has been his only finish outside the top-20, with no finish worse than T16.

He won the Honda Classic back in February and was in contention through three rounds at The Masters, although a final-round 76 dropped him to T11. He ranks near the top in nearly every major 2017 statistic so far, and is No. 1 in scoring average.

While some fans were hoping for Jordan Spieth to team up with one of his close #SB2K17 buddies (Smylie Kaufman, Justin Thomas), the two-time major champion may have chosen smartly.

Spieth is seemingly getting Palmer at exactly the right time. After an extremely discouraging start to the season for Palmer, where he missed five cuts in seven events with finishes of T49 and T37 in the other two, the 40-year-old’s game has been coming around as of late.

Two weeks ago, Palmer finished T11 at the RBC Heritage, which he followed up with a T6 at last week’s Valero Texas Open, highlighted by his Friday and Saturday 68s in difficult conditions.

Spieth’s season, conversely, has been going in the opposite direction. After finishing in the top-10 in each of his first four 2017 tournaments, including a win and a pair of thirds, Spieth has failed to crack the top-10 of his last five starts.

The last we saw of Spieth was at The Masters, where he was in contention through three rounds, but imploded with a Sunday 75. Spieth’s driving has been less than stellar this year, but he has been phenomenal in every other facet of his game, which is largely reflected in his third place ranking in Tour scoring average.