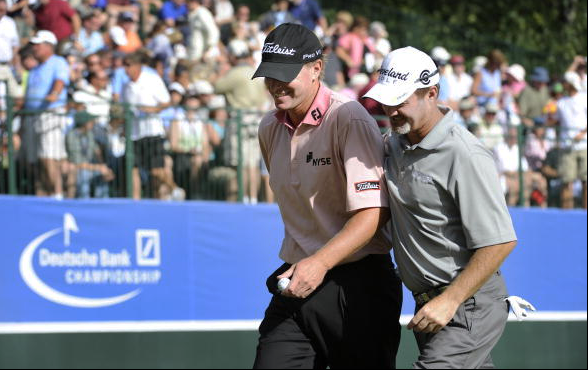 The Zurich Classic and the PGA Tour are taking a huge step this week with the introduction of a two-man team tournament, which the Tour hopes will draw in more eyeballs. It should be a great week for golf fans.

The field at TPC Louisiana is stacked with several high profile pairings. Teams like Jason Day – Rickie Fowler, Justin Rose – Henrik Stenson, and Jordan Spieth – Ryan Palmer are the favorites for the week.

However, let’s take a closer look at some of the teams that might surprise some people.

Berger has played great this year – racking up over $1.6M and five Top-25 finishes. A key stat that sticks out to me is Berger’s birdie average – he is 15th on Tour, averaging 4.26 birdies a round.

Pieters has also played excellent so far, and performed great in his rookie Ryder Cup appearance at Hazeltine. Pieters has racked up three Top-10’s this year and is averaging 69.669, which ranks 7th on Tour. Like Berger, Pieters is one of the most proficient birdie makers, ranking 13th in birdie average with 4.3 birdies per round.

This team sticks out as the team that could run away with this event. I expect them to make a bunch of birdies.

Kizzire is one of the great newcomers on Tour after his sensational year on the Web.com Tour back in 2015. Historically, Kizzire has been one of the better putters, however, this year he only ranks 27th with .464 SG:Putting.

This is a team that might not shock a lot of people, as they play great together. The Champions Tour rookies, and Wisconsin natives, finished T8 last week at the Bass Pro Shops. And in the fall, posted a 2nd at the Franklin Templeton Shootout – a tournament they won in 2009.

Kelly, who turned 50 in the fall, has played exclusively on the Champions Tour this season with five starts and five top-25 finishes. His best was a T3 at the Chubb Classic.