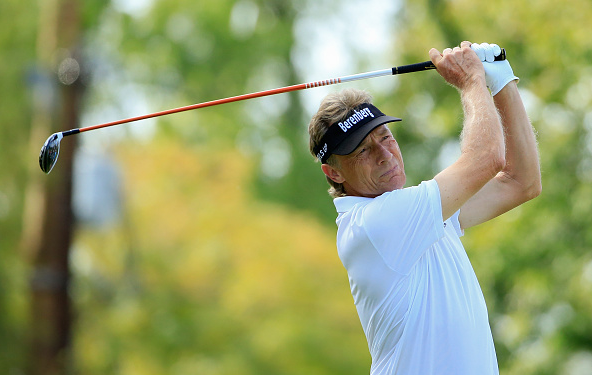 Mark Calcavecchia shot a second-round 66 and will take a two-shot lead over Bernhard Langer into the final round of the Boca Raton Championship. 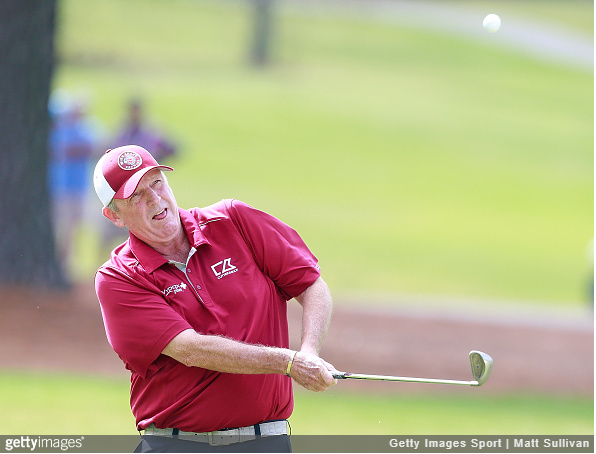 “Well, it was interesting, a lot of good things happened. Made a lot of birdies, made a lot of nice putts. I made three bogeys,” said Calcavecchia.

“And then I missed a short putt on 15. But, you know, then I came back and birdied the last three, made a couple 30-footers on 16 and 17. It was a great finish, kind of really saved the day with that.

Langer, meanwhile, went bogey-free on the day, posting his second-straight 66 to move into the solo-two spot.

“I’m going to have to make birdies no matter what, because if Calc is playing the way he is playing, it’s going to be 20 under, something like that,” Langer, a Boca Raton resident who owns one win (2010) and six top 10s in this tournament.

“So I have my work cut out to shoot a low number. It may be a bit more windy so that could make it a little harder, but it’s not going to be match play from the get-go. Got to try and get off to a good start and hopefully catch Mark and then see what everybody else does.”

At the par-3 8th hole Langer absolutely sticks it, leading to a tap-in birdie.