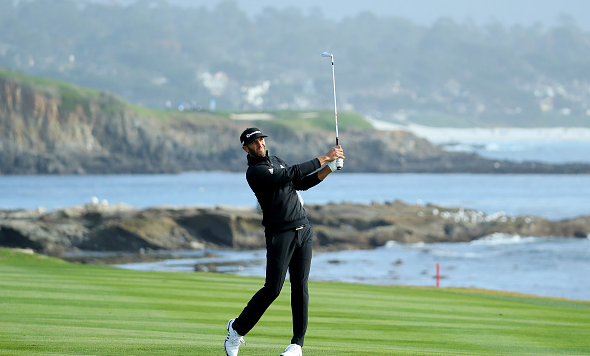 Ted Potter Jr. fired a 9-under 62 on Saturday and moved into a share of the lead with Dustin Johnson after 54 holes of the Pebble Beach Pro-Am. 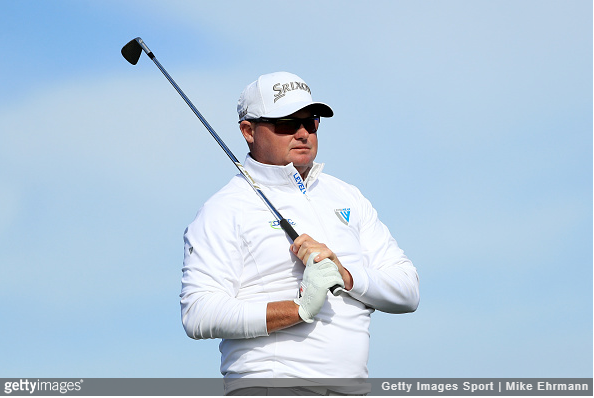 Beginning on No. 10 at Monterey Peninsula Country Club, Potter went 7-under par on his first seven holes (five birdies and one eagle) to turn at 30. Two quick birdies on Nos. 1 and 2 had the 34-year old Floridan at 9 under through 11 holes.

With seven to play, the number “59” was being whispered, while course records looked to be shattered. Two more birdies on Nos. 4 and 6 had the journeyman at 11 under with three to play. Any combination of two pars and a birdie would put Potter at 59, instead he finished par-bogey-bogey to sign for a 62 and a three-day total of 14-under 201.

Still, the 62 is a new career-low score for Potter, and just two shots off Monterrey’s course-record 60, set by Sung Hang in 2016.

“It was a great round today, obviously, and I knew the last two, three holes were going to be pretty tough because the wind out there on point with the water and everything,” said Potter, who owns one PGA Tour win (2012 Greenbrier Classic).

“But just got off to a fast start and really to get everything going starting out, I think birdied the first four holes or so.

“I didn’t feel like I hit bad shots coming in there on the last couple, making bogeys there, but I just knew it was going to be tough coming in.”

World No. 1 Johnson, the overnight co-leader, shot a 2-under par to remain at the top of the leaderboard. The long-bombing South Carolinian once again capitalized on the par-5s, playing Pebble’s four long holes at 4-under par (eagle-birdie-par-birdie). 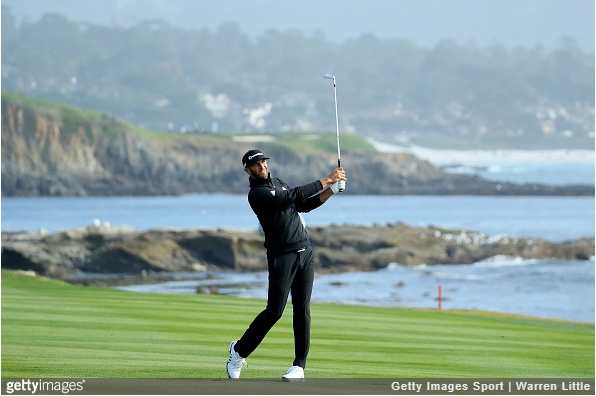 “I’m taking advantage of the par-5s, that’s for sure. That’s something that I’ve got to do if I want to play well, especially around here,” said Johnson, who is in search of his 18th PGA Tour victory.

“That’s the part of my game that I do very well, is take advantage of the par-5s. Got to use my length and especially out here at Pebble and all these other courses.”

Two shots back is former World No. 1 Jason Day who offset three bogeys with six birdies en route to a 3-under 69. At 12-under par, Day will start Sunday’s final round tied with Troy Merritt (69), and trailing by just two strokes.

“I’m making a lot of birdies, which is nice, and that’s good to see. If I can just — I made three bogeys today which was a little bit of a disappointment, especially on the easy holes. 11, I made one on the par-5 14th, and then 1,” said Day.

“So they were three scoring opportunities and I went the other way. So if I can just tidy those up that will be great.”

Phil Mickelson entered the final hole of the day at 1-under par and 10 under for the tournament. A birdie on the par-5 18th would have moved the four-time winner into the T5 group at 11 under, and just three back. Instead, he finished with disappointing bogey to sign for an even-par 72 and now sits five shots back at 9-under par. 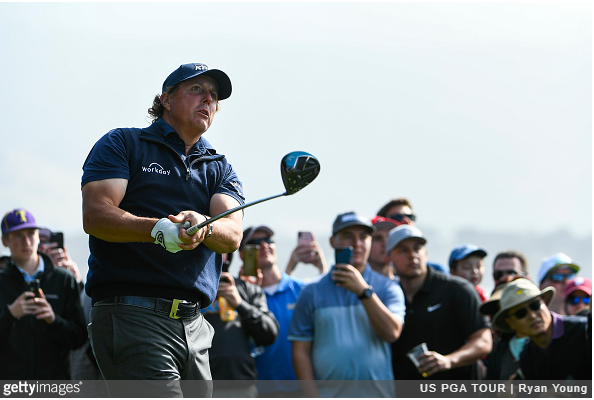 “I had a lot of opportunities that I let slide. I hit a lot of good shots. And certainly on this golf course with the greens being small and firm, you don’t always get rewarded,” said Mickelson, who is still searching for his first win since the 2013 British Open.

“I had enough opportunities that I just wasn’t able to capitalize on and I probably let three or four shots slide that would have moved me right up the leaderboard.

“But I’m in contention, I have a shot tomorrow with a good, hot round. And I love playing Pebble in this type of, these type of conditions with an opportunity.”

“I feel good about my game right now. Obviously I played well today and as long as I can just keep the nerves under control I’ll be fine.”
– Ted Potter Jr.