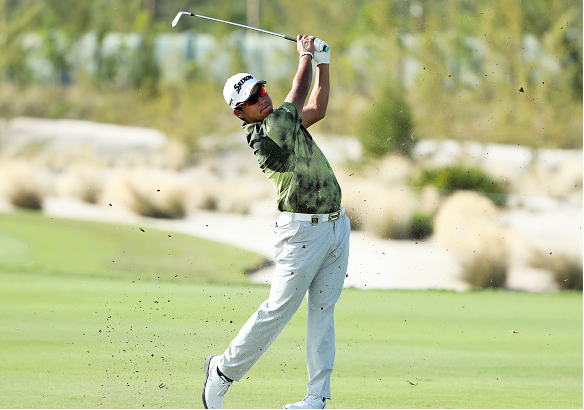 Round 2 of the Hero World Challenge was a day filled with birdies and low numbers. Reigning POY, Dustin Johnson, is tied for the lead with Hideki Matsuyama at 12-under-par, two clear of Matt Kuchar and Louis Oosthuizen.

Last year’s winner, Bubba Watson, had himself quite a day on the course and finds himself in solo 5th at 9-under-par, 3 shots back of the lead.

After an opening round 72, Bubba Watson, needed to make a move and he is no stranger to turning in low rounds when needed. After a front nine 29, Watson suddenly was on pace to join the elite 59 club.

Unfortunately, Watson carded three birdies and a bogey on the back to finish his day at 9-under. Watson took advantage of his distance off the tee by playing the five par-5s in 6-under-par, which included eagles at the 3rd and the 6th.

Brandt Snedeker, who also carded an opening round 72, carded an 8-under 64 today to get himself in the mix going into the weekend.

Teeing off solo today, Tiger Woods, turned in a bogey free 65 to get himself six back and currently sitting in T9.

Birdies couldn’t overcome the mistakes today for Jimmy Walker. On a day where 15 players shot even or better, Walker, carded a 2-over 74.

Walker scattered three birdies, three bogeys and a double bogey during his second round.

Another day, another shot of the day from Tiger Woods. There wasn’t much expectations for Tiger’s return, just a lot of excitement and anxiety. However, Tiger has came to play by showing signs of greatness in his opening round to absolutely flag-hunting today. For the second day in a row, Tiger almost made an ace, this time coming at the par-3 12th.