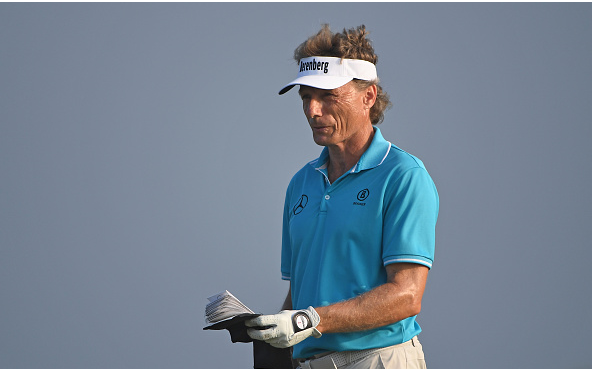 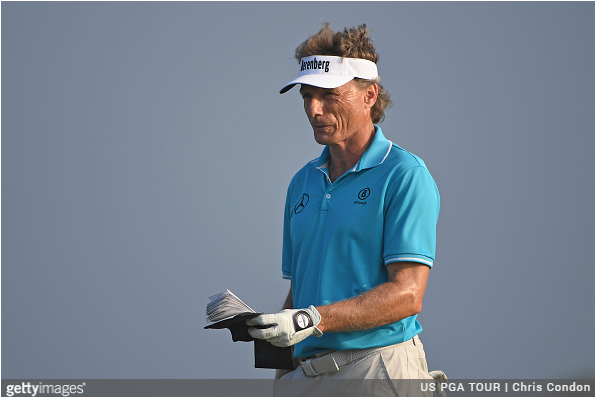 Bernhard Langer fired a 9-under 63 on Saturday, and leads the Dominion Energy Charity Classic by three shots heading into Sunday’s final round at The Country Club of Virginia.

The 60-year old German star, who is seeking his fourth consecutive Charles Schwab Cup title, posted a bogey-free round with nine birdies, including three sets of back-to-back (4 and 5, 10 and 11, and 16 and 17).

“I’m playing nicely,” said Langer. “It’s a lot of fun. Hitting a lot of fairways, a lot of greens, giving myself opportunities and today was pretty special.”

“I just have to continue to play great golf,” Langer said. “I know he’s (Singh) a great champion. He’s won lots of tournaments and majors, so he’s a tough competitor and he’s going to try and close the gap. I’m going to have to put the pedal down and keep making birdies.”

Singh got off to a somewhat slow start, and after a bogey on the 3rd hole, the 54-year old was 1 over on the day. But beginning on the par-3 4th, the Hall of Famer ripped off four straight birdies en route to 10 in total over his final 15 holes to get to 11-under 133.

“I drove it well, hit my irons quite nice and putted nicely,” Singh said. who owns 34 PGA Tour victories. “I got my putter going, and anytime you putt well when you have so many opportunities, you’re going to make a good score.”

Joe Durant finished with a second consecutive 67 and is alone in third at 10-under 134.

A post shared by DominionEnergyCharityClassic (@deccgolf) on Oct 21, 2017 at 3:11pm PDT

“I hit the ball closer to the hole today and made a couple more putts. Yesterday I had a lot of lip-outs or close calls. Today I made a couple and hit them closer, so it’s easier to make them when you’re 10 feet away than from 20 feet.”