The PGA Tour heads to Texas this week, where Austin Country Club is the host venue of the WGC-Dell Technologies Match Play. With 64 of the world’s top 70 players on hand, the tournament promises to provide five days of fierce pride and competition. 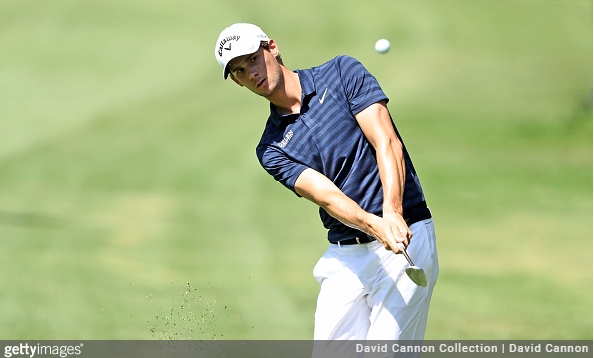 Belgium’s Ryder Cup dynamo drew rave reviews at Hazeltine two years ago, asserting himself a match-play force to be reckoned with.

Pieters has just a 2-2-2 record in two appearances in this event, but has shown a penchant for the big stage, finishing in the top 5 in two WGC events last season, in addition to a T4 at The Masters. 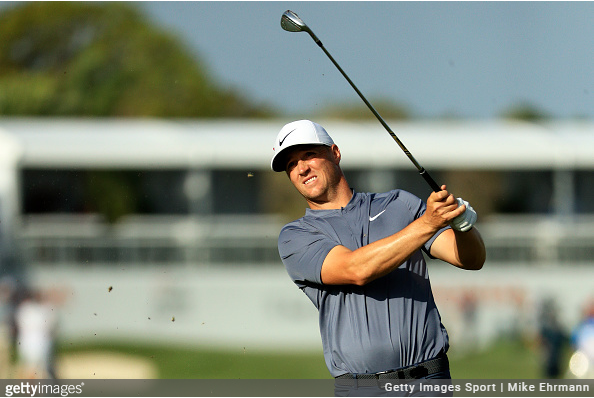 Noren’s T5 finish in last year’s Match Play was his PGA breakthrough, and he has been consistently strong in the states since. He has yet to win on American soil, but he does have two top-3 finishes this year and took Jason Day to a sixth playoff hole at the Farmers Insurance Open.

In 2017, he was dominant in pool play, and then knocked off a brutally tough opponent in Brooks Koepka in the round of 16 before giving Dustin Johnson a good run in the quarterfinals. A T36 at last week’s Arnold Palmer Invitational was mildly disappointing, but he did shoot a 5-under 67 on Sunday. 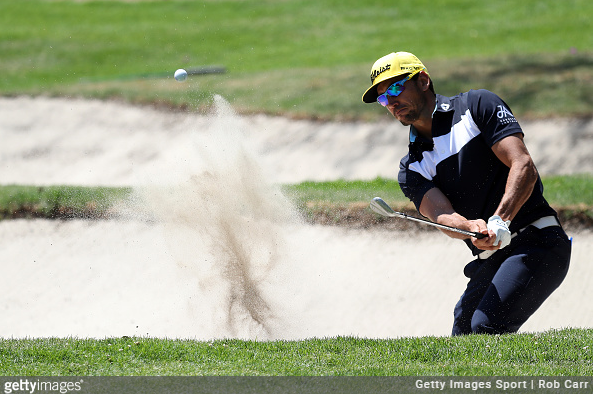 We would feel a lot more comfortable if RCB’s Group A player was not a red-hot Phil Mickelson, but whichever of the two advances to the final 16 bracket is a serious threat to take it all (the group also contains Charles Howell III, who advanced past pool play last year after winning a tiebreaker with Cabrera-Bello and Tyrrell Hatton).

Cabrera-Bello has an impressive 8-4-1 record in this event, with his best performance coming two years ago when he finished third and beat Rory McIlroy in the consolation match. In the last two WGC events, he has finished T3 (WGC-Mexico) and T5 (WGC-HSBC Champions). 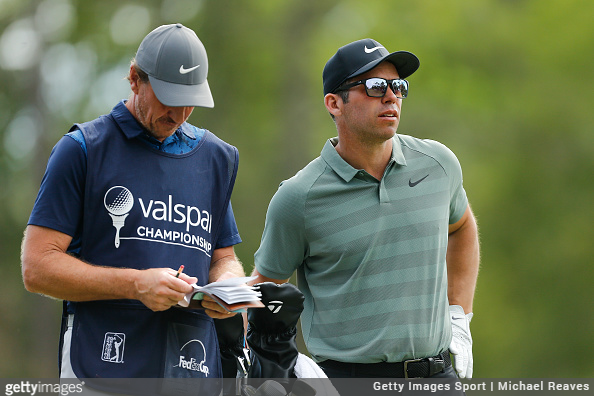 One of three players in the field whose last start was a victory, Casey should be brimming with confidence after a win at the Valspar Championship two weeks ago ended a PGA Tour winless drought that stretched all the way back to 2009.

Casey has an almost shocking amount of experience in match play formats, claiming victory in 33 of 60 matches, including a 23-13-1 record in this event. Casey was the runner up in both 2009 and 2010, made a deep run in 2015, the first year of the new format, and also advanced out of pool play last year before being ousted by an upstart Hideto Tanihara in the round of 16. 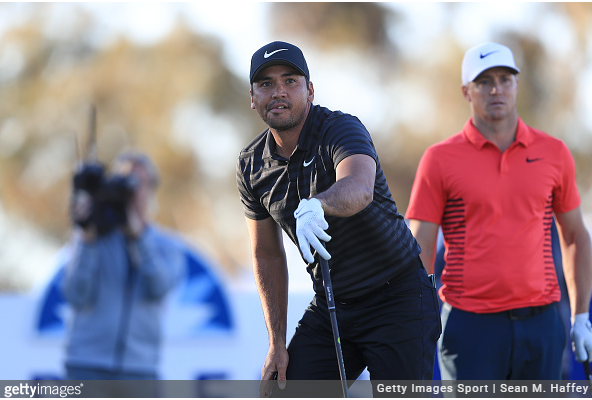 A popular pick coming into last week’s Arnold Palmer Invitational after a month of rest, Day was a large disappointment, with a round 3 67 being his only good 18 holes in a T22 finish. That being said, it could easily be a blip on the radar as Day had gone T2, WIN in his previous two events.

He has been phenomenal in the WGC-Match Play with a 21-7 record that features a win in 2016 in Austin, and a marathon victory in Arizona in 2014, the last year of the old format. 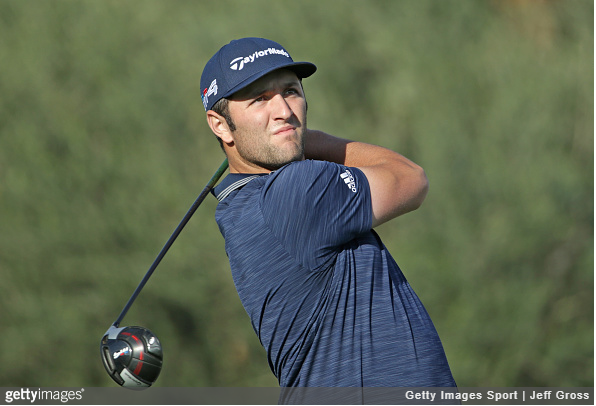 A surprisingly difficult player to gauge for this week, Rahm looked downright fearless in his very impressive match-play debut last year, cruising to the championship match, and nearly overcoming a 5-down deficit through 8 holes to Dustin Johnson (Rahm lost 1-up).

Rahm does have a handful of top-5 finishes since, and won a prestigious event on the European Tour as well, but since rising to No. 2 in the world rankings earlier this year, he is suddenly having uncharacteristic difficulties closing matches.

Now No. 3, Rahm has earned a spot among the favorites, but he drew a difficult group with Kiradech Aphibarnrat as the B player and Chez Reavie as the C, and we are not sure this is the best format for a guy who suddenly might be dealing with confidence issues. More likely however, is that he looks like the formidable competitor who plays well beyond his age (23). 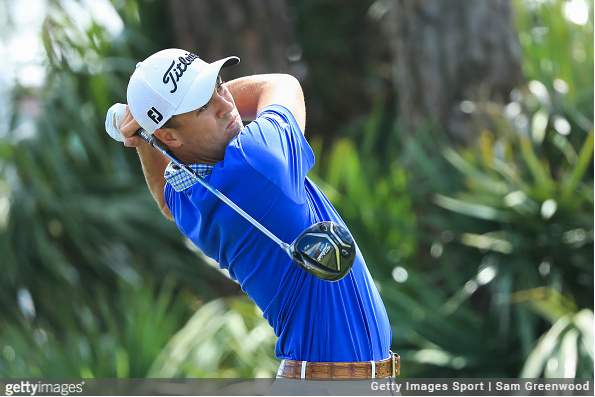 Has an awful history in this event, winning just one match out of six in two appearances, but with his growth as a player over the past year, and current sizzling form, we would not shy away from JT.

Thomas is coming off three consecutive top 10 finishes, including a win at the Honda Classic, and a runner-up finish at the WGC-Mexico Championship where he went 16-under on the weekend. If this was a stroke-play event, he would probably be ranked No. 1, but he is fiery enough to flourish in any format.

It helps that he is not in an exceptional group.(Francesco Molinari, Patton Kizzire, Luke List). 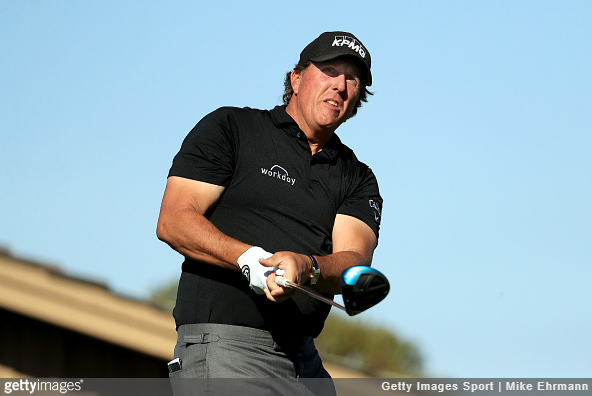 The ageless wonder Mickelson is currently in one of the best stretches of his career, with top-6 finishes in his past four starts, including a win in his most recent tournament, the WGC-Mexico Championship, which finally ended his five-year winless drought.

While he has never won the WGC-Match Play, he still sports an impressive 22-13 record, and demolished his first four opponents in last year’s edition, before falling to Bill Haas in the quarterfinals. This might not quite be “prime” Mickelson, but there is no doubting that he looks very, very confident as of late. 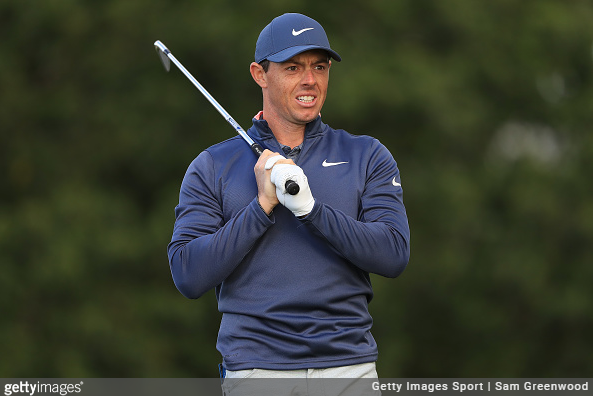 Rory’s putting exhibition at Bay Hill last week was one of the most impressive performances of his illustrious career, especially when considering how awful he had been playing into the Arnold Palmer Invitational lead-up. Is elite Rory back?

Maybe, and this is an event he has been spectacular at in the past, taking the 2015 title and then making the final four in 2016. A 22-9-2 record in this event is one of the most impressive of anyone in the field. It also helps that the “B” Player in this group, Brian Harman, is making his debut in ANY kind of match-play event, although his form has been tremendous this year. Jhonattan Vegas is a difficult draw as the “C” player, however. 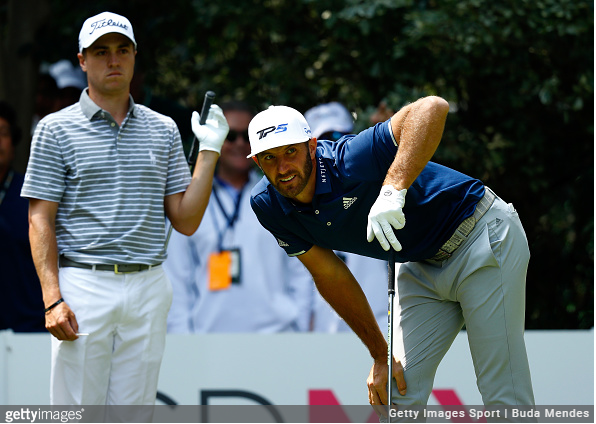 The defending champion was on his own level in his 2017 victory, not falling behind for a single hole in any of his seven matches. The World No. 1 is competitive each and every week, and is typically a safe bet in WGC matches, being the only player with a victory in each of them.

The 2018 season has been different as he finished T2 at the WGC-HSBC Champions at T7 at the WGC-Mexico. Four top-10s in five events on the season is impressive, but difficult Sundays in three of those five could be a cause for concern. Regardless, he is still the man nobody wants to face.