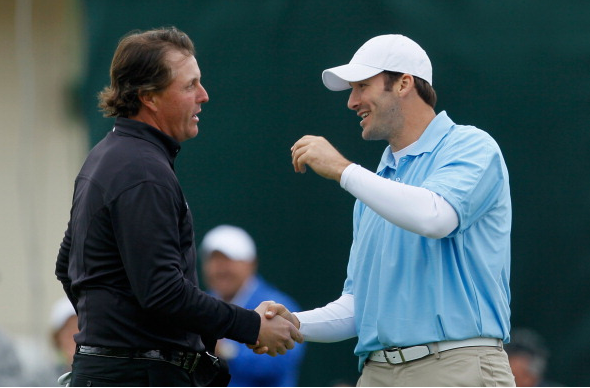 In today’s PGW Daily Rundown: A lot of players at Wentworth, the site of this week’s European Tour flagship event, had strong emotional reactions to the bombings at nearby Manchester; Callaway introduces irons that employ brand-new technology for them; Ian Poulter is feeling better than he has in years, and the CBS telecast of the Dean & DeLuca Invitational will introduce a new name to their team.

CBS has shown in the past that they are not adverse to bringing in celebrities from outside the game of golf to get on their broadcast and give their thoughts.

Just last week, they brought in former president George W. Bush to give his thoughts at the AT&T Byron Nelson. This week, for the Fort Worth tournament, they’re bringing in another Texas celebrity: former Dallas Cowboys quarterback Tony Romo.

This will be Romo’s broadcast debut, as CBS hired Romo in the offseason to work with their #1 NFL broadcast team alongside Jim Nantz.

“I think he is going to be great. I think we have the next John Madden on our hands.”
-CBS Sports Producer Lance Barrow

Related: Yahoo: Tony Romo’s CBS broadcasting debut will be … at a golf tournament

In what has been called an act of terrorism, a concert at the United Kingdom’s Manchester Arena left 22 people dead and 59 more injured. Sympathy has come pouring in from all over the world, and the PGA Tour has been no different.

A number of players have taken to Twitter since the incident to share their pain and thoughts. For many on Tour, the tragedy hit close to home.

“I’ve been here now 21 months from Canada and one of the things that I’ve learnt about the British people, is incredible resilience, and that resilience demands today that we keep calm and carry on. That’s exactly what we’re going to do today and the rest of the week.”
–Keith Pelley, European Tour Chief Executive

The past few years have been a struggle for England’s Ian Poulter, but after a recent runner-up finish at THE PLAYERS Championship, he is feeling good about his chances at the European Tour version of THE PLAYERS, the BMW Championship.

Poulter is hoping to parlay a strong showing at Wentworth into an Open Championship invite.

“I am a much better player when I am feeling happy, confident and less distracted with things on and off the golf course. Simplifying my life makes a massive difference to me. I think we’re there with that and getting things back to basics.”
–Ian Poulter

The Savannah, GA – Hilton Head Island, SC area is already known as a golf haven, but now its profile has increased even further. Web.com Tour officials have announced that the Savannah Golf Championship will debut next season.

“We are excited to bring the Web.com Tour to Savannah because we believe in this market. This is a vibrant city that has a strong passion and history with the game of golf, and we look forward to working with the community and local businesses to grow this tournament on and off the course.”
–Dan Glod, Web.com Tour president

This week’s PGA Tour event is the Dean & DeLuca Championship, held at Colonial Country Club, which is well-known as a shotmakers course. 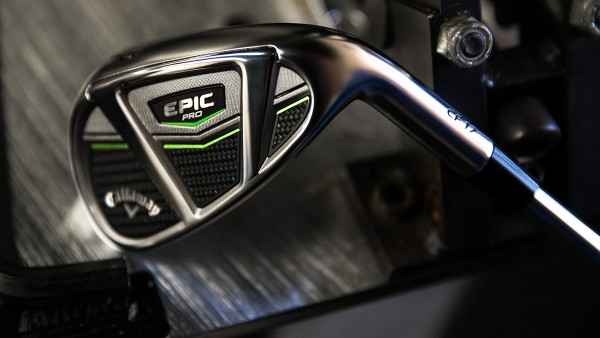 It makes sense that Callaway would choose this week to unveil their new set of irons: the Epic and Epic Pro Irons. The world “epic” refers to something that is exceptionally impressive and noteworthy, two words that Calloway hopes many will use to describe their performance with the new irons.

“We have not used this technique before, but we had to go to these extremes in order to get the amount of weight movement that we needed in the small format of a ‘Pro’-shaped iron.”
–Alan Hocknell, senior VP of research and development for Callaway