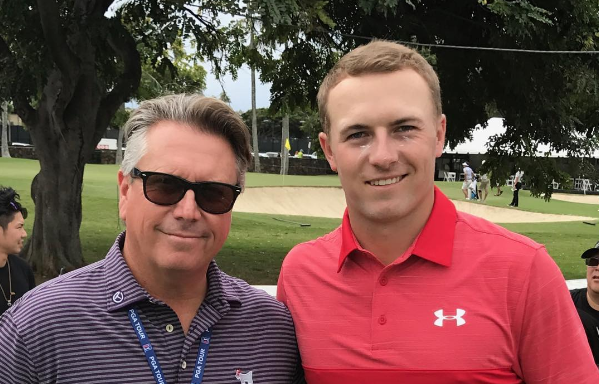 Scotty Cameron is the famous putter maker whose wares are marketed under the umbrella of Titleist. Over the years, the Cameron putter has become more of its own brand, as it’s popularity has grown – thanks primarily to the career of Tiger Woods.

As a person who named the company/line after himself, Cameron is obviously not one who is shy about being the face of the brand.

This week Cameron is down in Hawaii, working the Sony Open feverishly, marketing the brand by posing with some of his biggest clients.

Available now, only to Club Cameron members in the Scotty Cameron Studio Store on our website, Hula is here!#clubcameron #scottycameron #theartofputting #studiostore

Scotty poses with one of the hottest golfers on the planet, Justin Thomas – who used the Cameron Futura X5 to win the SBS Tournament of Champions.

Scott Piercy poses for a photo with (the more?) famous putter-maker – to promote both the Cameron and Titleist brands.