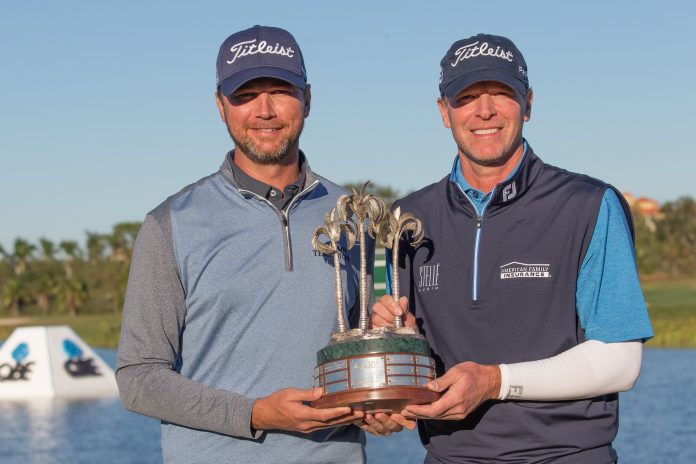 Steve Stricker and Sean O’Hair posted a final-round 8-under 64 to capture the QBE Shootout by two shots over Graeme McDowell and Shane Lowry. 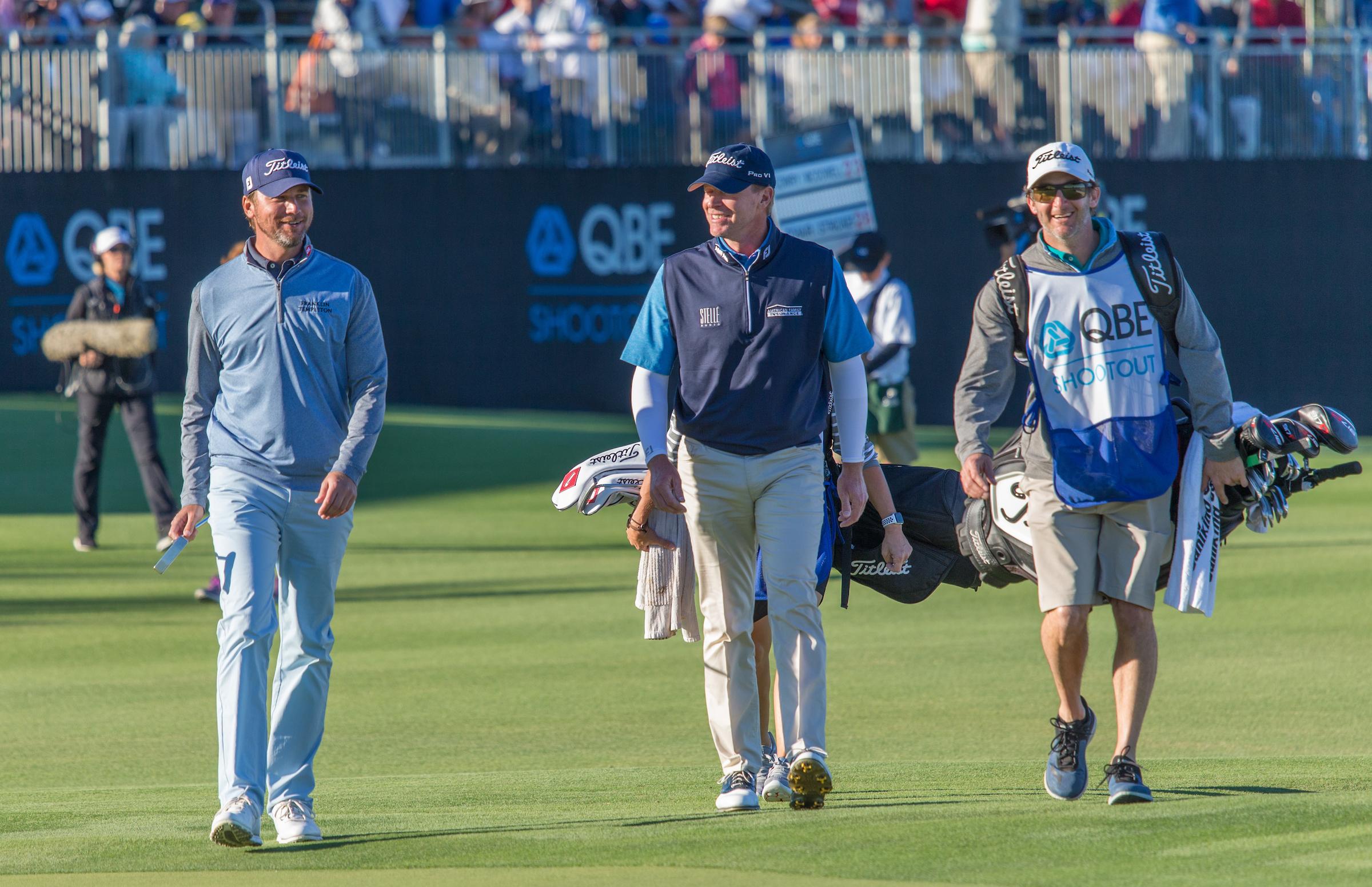 Stricker and O’Hair, who entered the day tied for the lead at 18 under, carded five birdies on the front at Tiburón to turn at 31. Two more birdies on 11 and 14, capped off by an eagle on the par-5 17th, saw the duo sign for a winning score of 26 under.

“Yesterday was kind of a survival day and today was a day where we just kept hanging in there. Sean played steady every day. I contributed here and there, but it was really hats off to Sean really,” said Stricker. “He really stepped up big time, especially coming down the stretch today making eagle at 17 and just really solid play.”

“This is always a great event to finish the year off with, and to pull this off is special but to do it with Steve is even that much better for me. You know, I’m a golf geek, so he’s a friend of mine but still it’s kind of hard not to look at him and kind of put him a little bit up on a pedestal,” countered O’Hair.

“It was just fun watching him play at such a close — trying to learn things from him and see how he handles himself, especially under pressure and coming down the stretch. It just is such a great experience and something I’m not going to forget for a long time.” 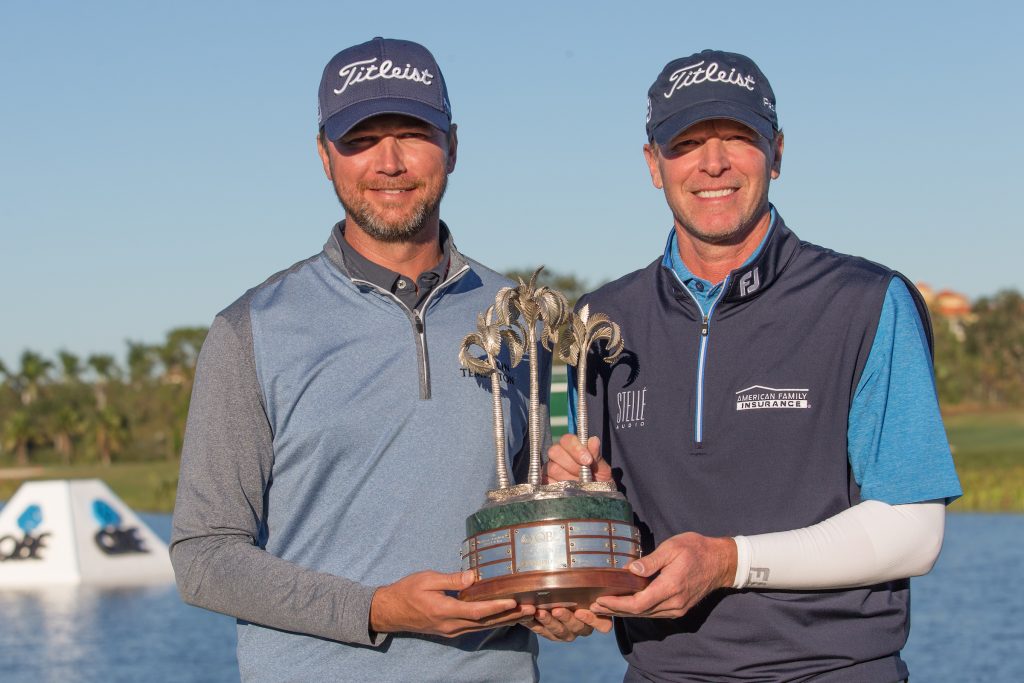 McDowell and Lowry, meanwhile, started the day with four early birdies to edge ahead, but the duo cooled off mid-round with seven straight pars to drop back.

The Irishmen closed nicely with two birdies down the stretch (15 and 18) to post a bogey-free 6-under 66, and a three-day total of 24 under.

Two further back, at 22 under, was the team of Brian Harman and Pat Perez, who fired a bogey-free 8-under 64, good for solo-third.

Defending champions Matt Kuchar and Harris English finished on a high note, posting an 8-under 64 for a three-day total of 17-under 199.

It’s a comfortable drive for me, just aim down the right side, turn it over a little bit, and I just had a perfect number, to be quite honest with you. It was a perfect wind, perfect number and just a matter of executing the shot and I was fortunate enough to make the putt.”
– Sean O’Hair