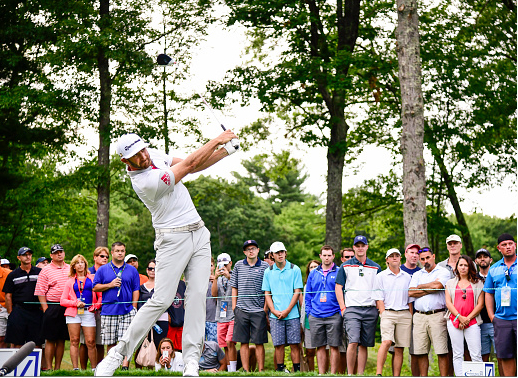 The tropical storm Hermine is set to hit the Boston area, starting early Monday morning, with heavy winds predicted for the next several days.

Due to the impending storm, Deutsche Bank Championship officials have altered the tee times for Monday’s final round. Players will go off in threesomes in an effort to beat the worst of the conditions, which are forecast for the late morning/early afternoon, between 11-3 PM.

“We’re going to try to start early and see if we can get as much golf played as we possibly can before (the high winds get here),” said Mark Russell, the PGA TOUR’s vice president for rules and competition.

If the round is not completed by sunset (7:15 PM) the tournament will finish on Tuesday. According to Russell, there was never a plan to play 36 holes on Sunday, due to TV and sponsor obligations.

“They’ve got a television show,” Russell said, referring to the final round broadcast on NBC. “They’ve got bad weather predicted on Sunday, does the NFL say, ‘Well, let’s play on Saturday?’”