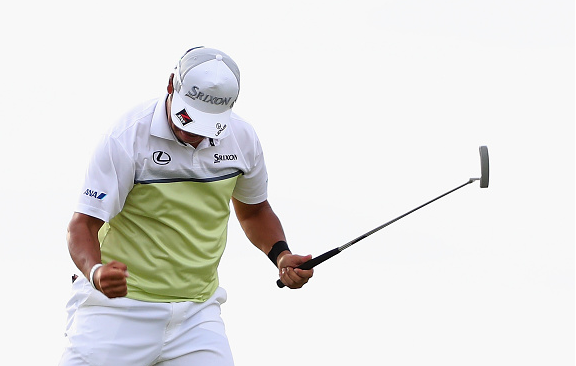 Hideki Matsuyama beat Webb Simpson on the fourth playoff hole, and successfully defended his title at the Waste Management Phoenix Open. The 24-year-old Japanese star shot a final round 5-under 66, and beat Simpson with a birdie on the par-4 17th – the same hole he bested Rickie Fowler in last year’s Phoenix Open.

It is Matsuyama’s second official win of the new PGA Tour season, and 4th of his young career.

Over the past 3 1/2 months, in addition to the two PGA Tour wins, Matsuyama has won three other professional tournaments – two in Japan, and the Tiger Woods-hosted Hero World Challenge in the Bahamas.

Here’s a look at the final standings from Scottsdale, along with money earned.