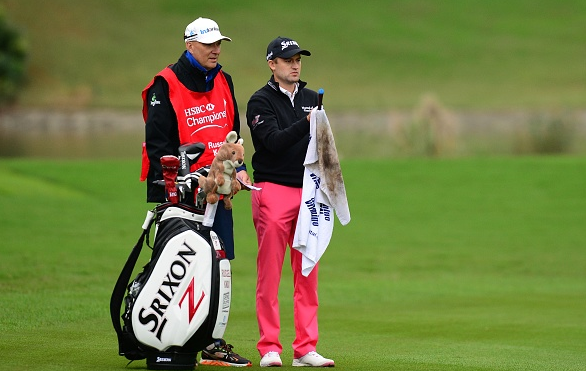 Another round. And another big win for Srixon in Shanghai, thanks to the lights-out play of two of its biggest stars at the WGC-HSBC Champions – Hideki Matsuyami and Russell Knox.

Both Matsuyami and Knox were atop the leaderboard after the second round, giving the Japanese golf ball maker all kinds of earned media and branding exposure. As part of the final and featured group, the Srixon logo was shown prominently throughout the live (and taped) TV coverage on the Golf Channel and its online partners.

Additionally, because their hot play continued, they were both once again part of the post-round press conferences, showing off the Srixon logo in a big way. The next-day exposure was even greater by the way of photos, social media shares, and video impressions. And as an added bonus, fellow Srixon Tour player, Shane Lowry, fired a 7-under 65 and made a big jump into the Top 10, giving Srixon even more branding impressions.

And the good news doesn’t end for Srixon. The duo will once again be paired together in the final group, in the final round, so expect even more earned media tonight.