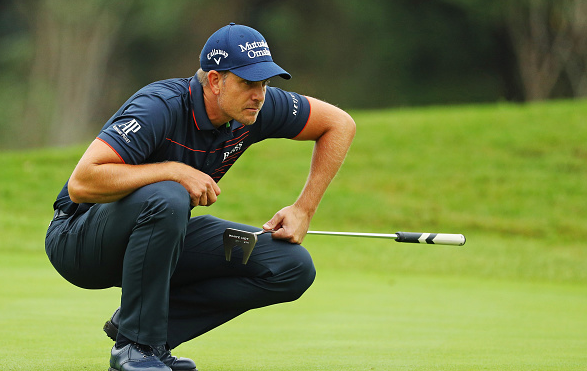 ICYMI: With the win in Shanghai, Matsuyami becomes the first Asian player to win a WGC event, and just the second Japanese player to win 3 times on the PGA Tour.

Here’s a roundup of the best and worst of the week at the WGC-HSBC Champions.

Worst Break of the Week

Patrick Reed with a laser shot right at the pin in the second round – which then bangs (badly) the wrong way. This shot pretty much exemplified Reed’s recent struggles.

Why can't we be friends? https://t.co/V9PljYZy7W

Wait. What!? How could a hole-in-one be a bad break? Well when they move the tee boxes up 7 yards, which voided the insurance, and a free Cadillac.

Best Break of the Week

Rory McIlroy pulls his tee shot on the 7th hole, which bounces off a tree and nearly rolls up to the green.

Bill Haas with a long (strong) birdie chip in Round 1 that (luckily) hits the stick and drops.

It appears Bill Haas did not feel the need to putt anymore during his round.#QuickHits https://t.co/wf7TLBI9oA

As a European Tour member, Henrik Stenson is used to playing links golf, and so this was probably a piece of cake for the reigning Open Champion.

This is why he is called The Machine ⚙#QuickHits https://t.co/XNCmJOTBMY

Best Putt off the Green

Adam Scott during the first round nails a long bomb putt. The angle of the camera made it even greater.

Not a problem for Adam Scott. #QuickHits https://t.co/n0TLfKG3x3

Best Putt Off the Green, Runner-Up

Rory McIlroy with what counts as a putt-less birdie during round number 3.

Rory needed only 26 putts in Round 2.

Technically, this wasn't one of them. https://t.co/zfIU1xUjpr

Stenson starts walking with about 2 feet to go.

Safe to say Henrik knew this one would drop.#QuickHits https://t.co/uVhTczePYk

Rickie Fowler tries to pump the brakes on the ball during the first round in Shanghai.

There's no pumping the brakes now, HSBC Champions is off and running. https://t.co/4xV8HZIn5G pic.twitter.com/5uSQmAgAaA

Closest To the Pin

Paul Casey, during round 2, with one of the sickest approach shots you will ever see – that didn’t drop.

Most Valuable Putt of the Week

Matsuyami wraps up his final round with a putt worth big-time bucks.

Boom. That's how you finish.