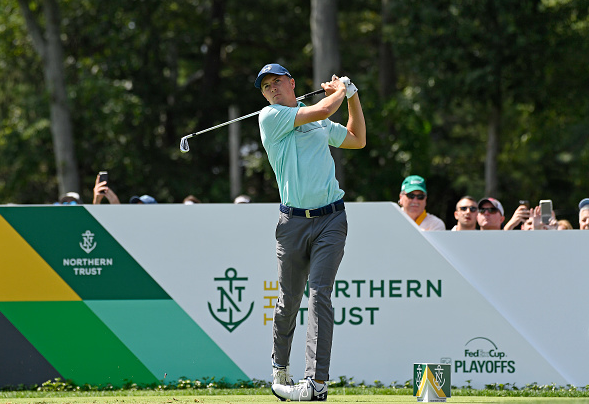 Bad news for The Northern Trust field: Jordan Spieth is 5-for-5 in his career when holding a 54-hole lead of two shots or better. 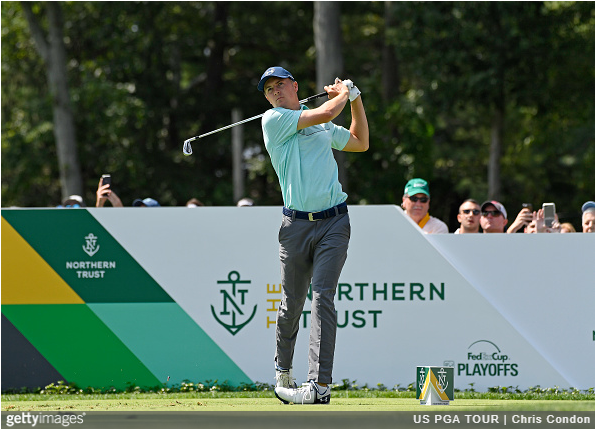 He is currently leading by three.

Spieth, who started the day as one of four co-leaders left everyone in his dust on Saturday, as a 6-under 64 has him three strokes ahead of World No. 1 Dustin Johnson.

For the second straight day, Spieth was brilliant on the back nine, carding four birdies and no bogeys, and with today’s effort, has pulled away from the field.

Spieth could do little wrong, hitting 17 of 18 greens in regulation and putting incredibly, making his 33-putt round one look even more inexplicable.

HOW JORDAN SPIETH DID IT

Spieth pulled way out front in round three, the same way he did in round two: by hitting greens and making putts. Spieth had eight birdies on Saturday, with only two bogeys, both coming on the front nine. 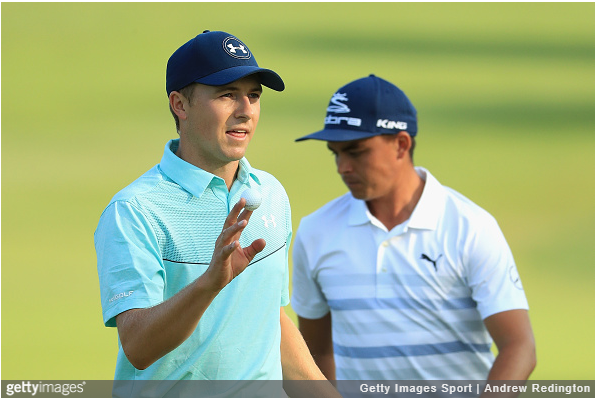 After the round, Spieth expressed that he got away with some missed fairways on the front, but made up for them with good putts.

His back nine was immaculate with birdies on 10, 14, 15, and 16. He will be playing in tomorrow’s final round with Dustin Johnson in the final pairing.

The big mover of moving day at Glen Oaks was Kevin Chappell, who is determined to make another deep playoff run one year after reaching extra holes at the Tour Championship. 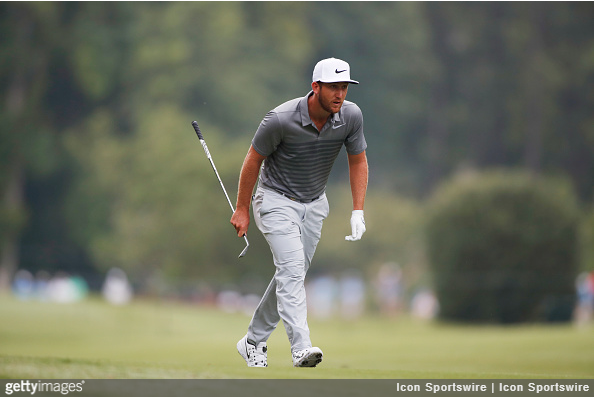 Starting the day in 47th place, the 31-year-old UCLA product got red-hot with his putter down the stretch, carding five birdies over his final seven holes to get into the clubhouse at 6-under 64, and skyrocket all the way up to T8.

If not for Jordan Spieth, Keegan Bradley would be just two strokes out of the lead, as a Saturday 66 got the former PGA Champion to 6 under for the week.

Bradley was bogey-free on Saturday and hit an impressive 16 of 18 fairways.

FOWLER, OTHERS GO THE WRONG WAY

Fan favorite Rickie Fowler could not have gotten his Saturday off to a worse start. 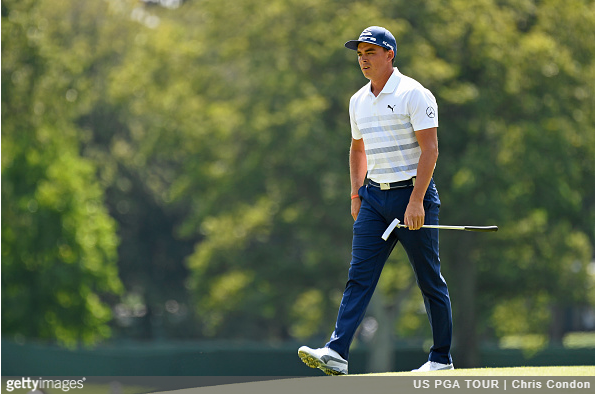 Starting the day as one of four co-leaders, and playing in the penultimate pairing with Jordan Spieth, Fowler carded bogey on five of the first six holes, digging an early hole that led to a 4-over 74.

At T22, Fowler now sits ten strokes back of the lead.

Another 36-hole co-leader, Jhonattan Vegas found a similar Saturday fate as Fowler. A 4-over front nine proved to be too much for the recent winner of the RBC Canadian Open, and even with a bogey-free back nine, Vegas finished at 2-over 72 for the day and is now in a tie for 10th.

The biggest dropper of the day was D.A. Points, who tumbled 33 spots down the leaderboard with a 4-over 74, and now sits at T52.

Even worse for Points, he came into the week 104th in the FedExCup standings and after having played himself into the top 100 after a second-round 66, Points is now projected at 105th, and needs a strong Sunday to qualify for the next round of the playoffs.

At 55th in the FedExCup Standings, Lucas Glover entered the playoffs at his highest rank since 2011. Unfortunately, a painful-looking injury on the 18th hole is putting the rest of his playoff in doubt. 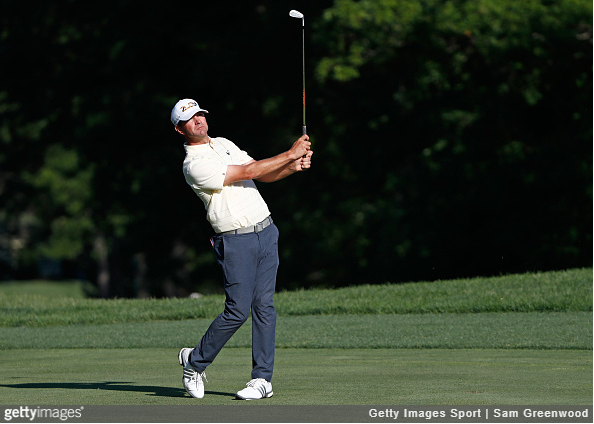 On his second shot into the par-4, Glover’s right foot slipped on his downswing, which resulted in him lying on the ground for five minutes, clutching the knee.

Glover eventually stood up and finished the hole with a bogey five. With preseason football going on, it is easy to fear the worst of any non-contact knee injury, but the early diagnosis is a strained patella tendon.

For now, Glover is planning on playing in the final round on Sunday. Glover is +2 for the tournament, which has him in a tie for 52nd.

With The Northern Trust awarding quadruple FedExCup points, historically there is a considerable amount of movement in and out of the top 100, the cutoff point to qualify for the next playoff round. 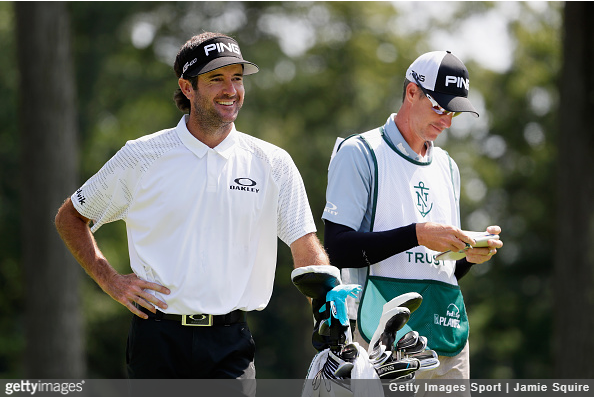 To make room for those four, projected to move their way are: Michael Kim (95th to 102nd), Byeong Hun-An (96th to 104th), Robert Garrigus (99th to 106th), and Seung-Yul Noh (100th to 107th), four players who missed the cut, and will need other bubble players to struggle on Sunday to have a chance of sticking around the playoff picture.

“It’s easier to win from that position, you’ve got an advantage on the field, but I’ve also had, I look at my last lead was three shots going into the last round at The Open Championship and that was gone by the fourth hole, so anything can happen on a Sunday, you got out and try to set a goal, after the last two days, I’m not expecting five or six under with the way the way I should play tomorrow, but giving myself enough opportunities if I hit 15-17 greens like I have been doing, my putter is hot, and I feel a lot more comfortable with it than I have this year.”