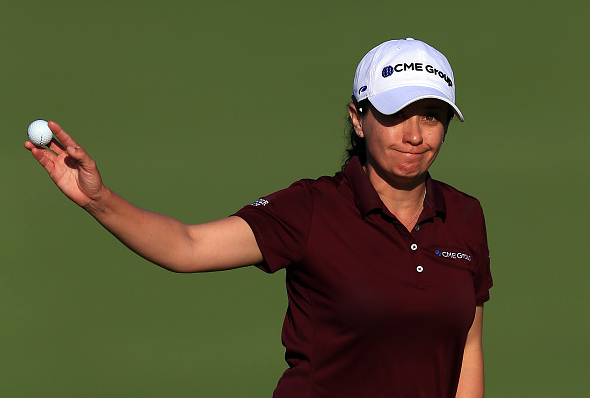 Rookie Nicole Broch Larsen fired a 5-under 66 on Saturday to grab a share of the lead with Mo Martin at the Canadian Pacific Women’s Open after three rounds. 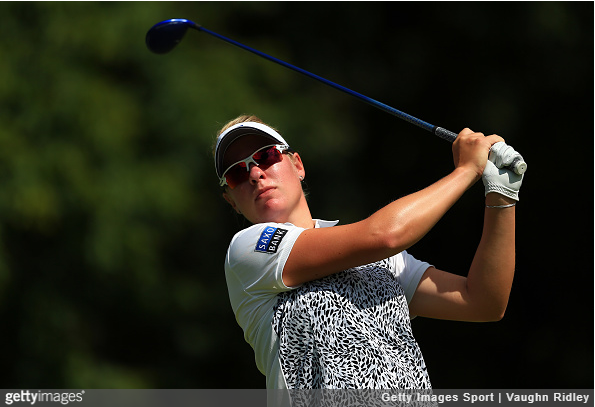 Through seven holes at Ottawa Hunt and Golf Club, Larsen was at even par on the day, but went bogey-free over her final 11 with five birdies.

“The first two days I had eight bogeys together, but 15 birdies. Today I had one bogey and six birdies,” Broch Larsen said. “So today was just kind of a little bit more solid. Still a lot of good birdie opportunities and luckily less bogeys.”

“It’s just good to have things come together. I know I’ve been playing well. So I’m going to ride this and continue to have a good plan and execute,” Martin said. 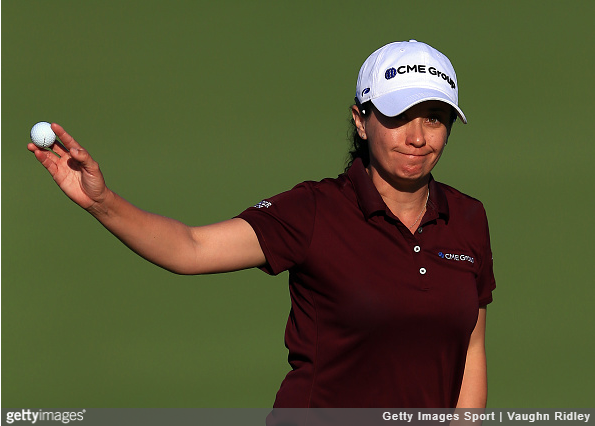 Brooke Henderson, who made the cut on the number (+1), dropped eight birdies on Saturday en route to a course-record 63 and moved all the way up to T6.

“It was just like the perfect day,” said Henderson, whose 63 ties her career-low round on the LPGA Tour. “I hit the ball extremely well. Mentally I was right on. I felt in the zone as a lot of athletes call it. I felt like I was in the best place of mind for me to play my best.”

Henderson sits just three shots back of Broch Larsen at 7 under.

ROUND OF THE DAY: BROOKE HENDERSON’S 63

.@BrookeHenderson puts on a show today as she shoots a course record of 63 during her 3rd round! Watch highlights:#CPWO pic.twitter.com/DQUeY9vGIe

“I’ve always been on the small side. My dad two tease me and call me Mighty Mouse when I was younger. So, look, I love this game. It’s the greatest game on the planet. And one of the reasons is you can play it so many ways and it’s all inclusive. So different ages, obviously, genders and sizes, and you can play this game anyway. You just have to own your strength. So I haven’t played with her yet. She’s been nice to me in passing, so I look forward to meeting her. Am I with In-Gee again? I’m not sure. But I’ll look forward to whoever I’m playing with. It’s a great time to be on the LPGA.”