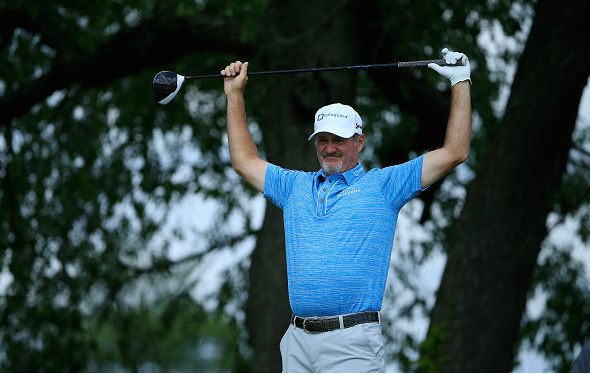 Jerry Kelly and David McKenzie posted matching 7-under 65s on Friday at TPC Snoqualmie Ridge and share the lead at the Boeing Classic after 18 holes. 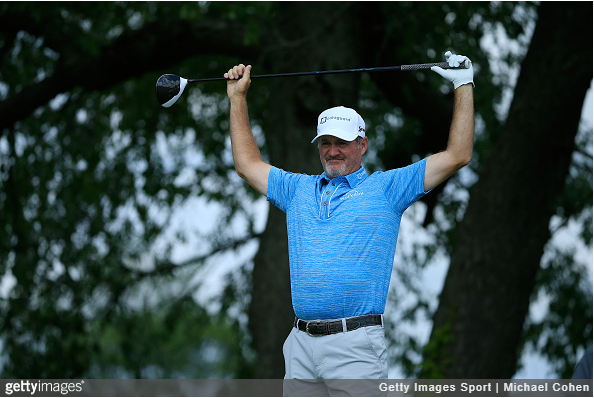 Despite his first time playing TPC Snoqualmie Ridge, the rookie Kelly posted an impressive 32-33 round of 65, which included eight birdies against one bogey.

“I didn’t realize how tough it was to play without experience on a golf course again. I figured, ‘hey, I do that at majors all the time,’ but the way we played week in and week out at a golf course, it makes a huge difference that you know exactly where you need to be and where you don’t need to be,” explained Kelly. “I’ve hit great shots in terrible spots this year and I’ve hit bad shots that turned out pretty good. It’s one of those things that I’m going to try and let up on myself this year and just try to have some fun.”

McKenzie, who had to qualify for the event, is also a first-timer at the Boeing Classic. The Aussie finished at 31-34 with six birdies, one bogey and an eagle (on No. 8). Afterwards, he credited his putting for posting the day’s best round.

“I sort of putted nicely, made most of the putts that I had a chance to make and didn’t miss too many of them,” said McKenzie.

One off the lead is the duo of Duffy Waldorf and Marco Dawson, who both carded 6-under 66s. Stephen Ames and Scott Parel are two back at 5-under 67.

“Yeah, there’s no question. I’ve been fully exempt on the PGA TOUR this year and decided to come out here. I’ve still got a top-50 exemption. I just asked my wife, you know, what do you think, next year, year after? She’s like, eh, I kind of like it out here. You know, so do I. I don’t know if I’ll ever take it. I want to play some tournaments out there still, the Sony and New Orleans with Strick and Harbour Town and Hartford if they would move Madison away from Hartford. Those four are kind of places that I would really like to play but my heart’s out here.”