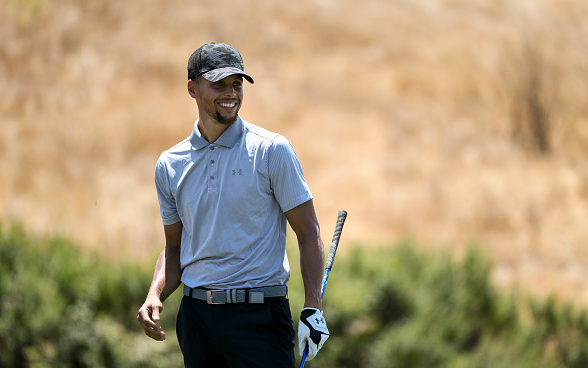 NBA superstar Stephen Curry posted a very solid round of 4-over 74 in the opening-round of the Web.com Tour’s Ellie Mae Classic at TPC Stonebrae in Hayward, California. 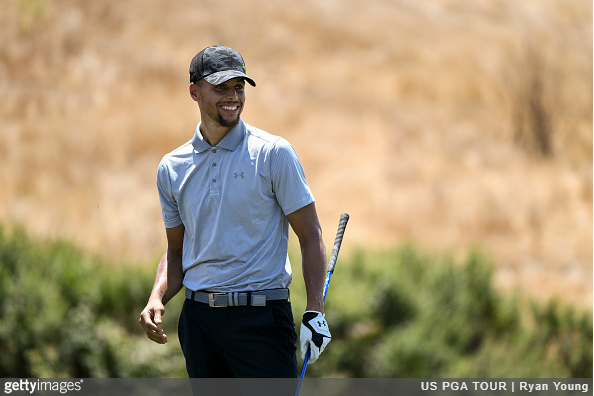 Playing on a sponsor’s exemption, Curry, struggled early – highlighted by a wayward tee shot, which led to the first of his three bogeys over the five opening holes.

But the two-time NBA MVP seemed to settle down, and finished 1-over on his final 13, highlighted by two birdies.

“If you told me I was going to shoot 64 going into the first round, I’d take that all day every day, so pretty happy with it. Obviously as a competitor you feel like you can always play better, so hopefully I can do that tomorrow,” said Curry.

At 4-over 74, Curry sits at T146, and will have his work cut out for him to make the cut, as he’s five strokes behind players who are on the bubble.

Sam Ryder (75), who won the the Pinnacle Bank Championship two weeks ago, was teamed with Curry and came away “very impressed.”

“I won my last start by eight shots and he beat me today by a shot. So that just shows you, you know, I had a tough day and shaking off a little rust from last week, but he still beat me,” said Ryder, who by virtue of his Web.com win will most likely play on the PGA Tour next season. “I was impressed. A couple times, like he made an awesome par save on 18. A couple thins that showed a lot of grit. And he hit some great drives. Like you said, his short game was awesome, too.”

Steph Curry To Tee It Up in Web.com Event