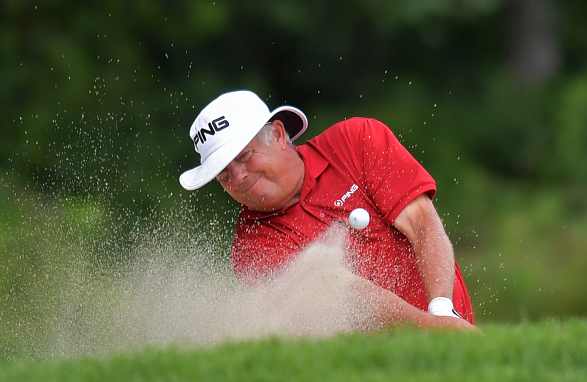 PEABODY, MA – Kirk Triplett shot a 4-under 66 on Saturday at a steamy Salem Country Club and leads the U.S. Senior Open after three rounds.

Triplett and Perry will be paired together in Sunday’s final group.

Six shots back, alone in third, is Brandt Jobe, who closed with a 29 on his way to a tournament-tying record 9-under 62.

Fred Couples and Tom Lehman both shot even-par 70s and are tied for fourth at 7-under.

Bernhard Langer will need a miracle to win senior major No. 10. The 59-year-old German struggled to a 2-over 72 and is nine shots back, tied with Steve Flesch at 6-under.

One thought to sum up Kirk Triplett's third round of the #USSeniorOpen: ?

See why he's the @Lexus Top Performance of the Day. pic.twitter.com/39HbHaAeD3