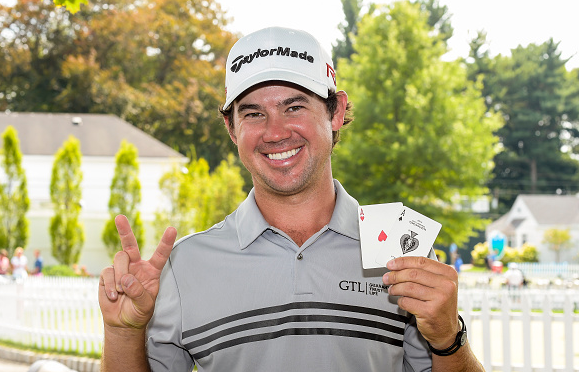 The FedEx Cup Playoffs are upon us and it all begins with the 50th edition of The Barclays. Like most PGA Tour events, the Barclays has gone through its share of sponsor and name changes.

This the final time Barclays has its name attached to this event as The Northern Trust takes over from the next year.

Here are 5 interesting things to know about The Barclays.

This year is the 50th playing of The Barclays, having been first played in 1967 at the Westchester Country Club. Jack Nicklaus won the event in 1967 with a one stroke margin over Dan Sikes.

The Barclays returns to the Bethpage Black after a break of four years. Nick Watney was crowned champion the last time around, in 2012. This A.W. Tillinghast design has also served as the host course of the US Open two times.

The narrow fairways, the deep rough and the small greens, make Bethpage one of the most challenging courses in the world. Bethpage is also known for its famous warning sign next to the First Tee.

Entering The Barclays in 2010 as the third ranked player in the FedEx Cup standings, Jim Furyk was disqualified from the tournament even before any of the players teed-off. Furyk overslept the morning of the Wednesday Pro-Am simply because his cell phone battery ran out of juice, and his alarm didn’t ring.

Since 2004, it’s been a standard rule on the PGA Tour that if a player misses a tee-time without prior approval, they get disqualified from the event. Regardless of what happened that year, Furyk did lift the FedEx Cup trophy four weeks later at the Tour Championship.

Back when Plainfield Country Club was playing host to The Barclays in 2011, the tournament had to be cut down to 54 holes due to the imminent arrival of Hurricane Irene. During the 2nd round, PGA Tour officials in consultation with the Sponsor, Barclays, had decided that it was best not to take a chance against Mother Nature.

Dustin Johnson ended up winning the tournament with a two stroke margin over Matt Kuchar.

At The Barclays last year, journeyman Brian Harman became just the third player in PGA TOUR history to record two holes-in-one in a single round. At the Plainfield Country Club, he first aced the 3rd hole with a 7-iron from 183 yards, and then holed out his tee shot at the 14th with a 4-hybrid from 218 yards.

The last player before him to make two holes-in-one in a single round was Yusaku Miyazato at the 2006 Reno Tahoe Open (Barracuda Championship). The only other player to hit two aces in one round was amateur, Bill Whedon at the 1955 Insurance City Open.