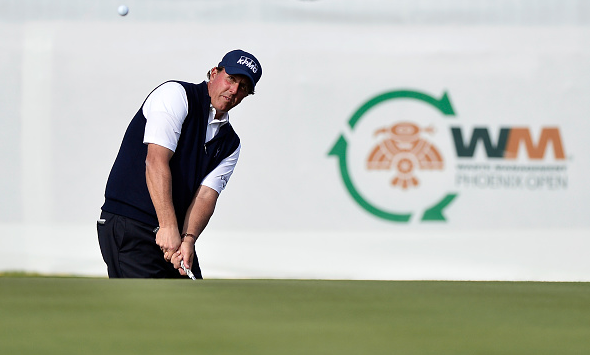 It may be Super Bowl week, but the biggest party this weekend will not be in Minneapolis, but rather 1600 miles to the southwest in the more temperate Scottsdale, Arizona, where a raucous crowd of hardcore golf fans will assemble at the Waste Management Phoenix Open, aka “The Greatest Show on Grass.” 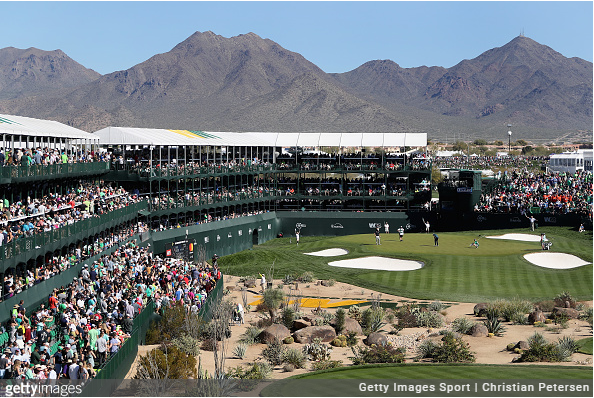 Regularly attracting more than a half-million spectators each year, TPC Scottsdale boasts a tremendous field for their annual festival of golf, including four of the top 5 in the Official World Golf Rankings.

Here are just a few of the more intriguing storylines this week in Southern Arizona:

It is not even February, and already for the second time this season, the PGA Tour is hosting a tournament where a player has the chance to three-peat, something that has not been done since Steve Stricker won his third straight John Deere Classic in the summer of 2011, over six years ago. 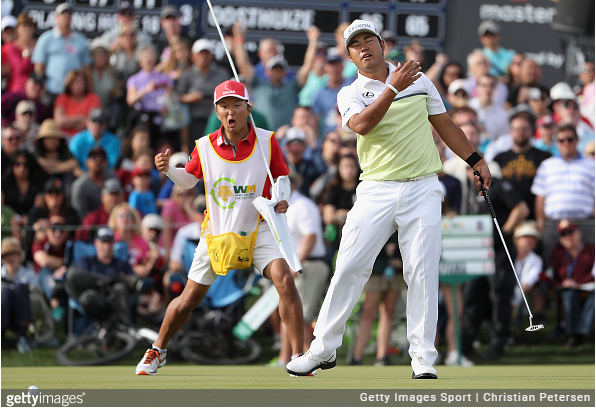 The first chance was at the CIMB Classic in mid-October where Justin Thomas finished T17 in the defense of his defense of the Kuala Lumpur-based event.

Hideki would prefer to take care of business quicker this time, but given that the last three PGA Tour events have hosted a combined 16 playoff holes, he should probably prepare himself for another marathon.

Matsuyama’s 2017 triumph at TPC Scottsdale was the second in a breakthrough three-win season. He also notched three runner-ups on the season, including one at the U.S. Open where a late rally to catch Brooks Koepka fell just short. With $8.38 million in 2017 earnings, many are expecting even more strides from Matsuyama in 2018. 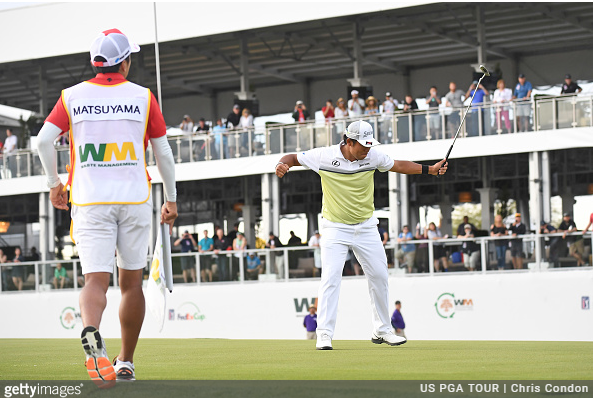 Hideki’s first four starts last season resulted in finishes of 2, 1, 2, T27. Through four starts in the new season, he has not been quite as productive, but the finishes, aside from one, are still well above average: T5, T50, T5, T12. Since last year, his approach game is still top-notch, and his putting has actually improved tremendously, but he is not helping himself as much off the tees, where he is currently 88th on Tour in strokes gained: off-the-tee, one year after finishing 26th in that same category.

He is coming in with some momentum, though. In his T12 performance at last week’s Farmers Insurance Open, with difficult winds on Sunday, he posted a 3-under 69, which tied Charles Howell III for the low round of the day. This was in spite of all the attention that came with being paired with Tiger Woods, who was playing in his first official tournament in a year.

Matsuyama was carried on Sunday by his much improved putting, as he finished second in the field in strokes gained on the greens.

The hundreds of thousands of fans who show up for this tournament are going to, as they always do, be cheering the hardest for one man: Phil Mickelson, who starred at nearby Arizona State University. 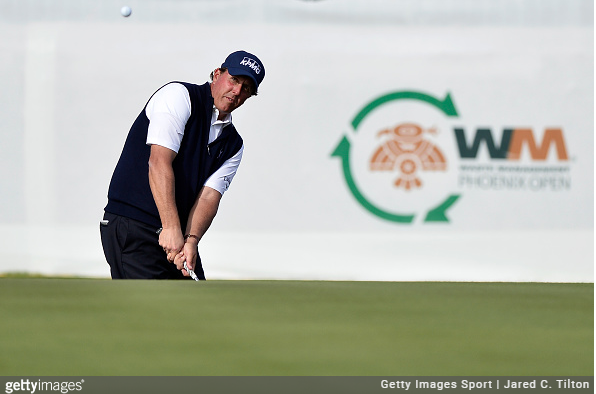 As hard as it is to believe, Mickelson first played in this event in 1989 and has entered every edition since 1991. With victories in 1996, 2005, and 2013, Phil is one of four golfers (Arnold Palmer, Gene Littler, Mark Calcavecchia) with three Phoenix Open titles. His 2013 triumph was especially impressive, as he reached 28-under and tied the course record.

At present, fans are not exactly sure what version of Mickelson they will be screaming their throats out for. He started the new season strongly, posting a T3 at the Safeway Open and a T15 at the WGC-HSBC Champions.

However, he has looked nowhere near as great after nearly a three-month break, missing the cut at the CareerBuilder Challenge and finishing a pedestrian T45 last week at the Farmers Insurance Open, a finish that was weighed down largely by a third-round 76. His driving game at Torrey Pines was only marginally less of a disaster than Tiger Woods’.

If course familiarity is important, Phil could definitely be in the mix yet again, but he will need to have learned from his poor last two weeks. He was T16 at TPC Scottsdale last year, and T11 the year prior.

While 2018 has already boasted an appearance of nearly every big-time player on the PGA Tour, one who has yet to tee up in the new year is perennial top-10 machine Matt Kuchar. That changes this week, as Kuchar is in the field at a tournament where a year ago he rode an opening-round 64 to a T9 finish. 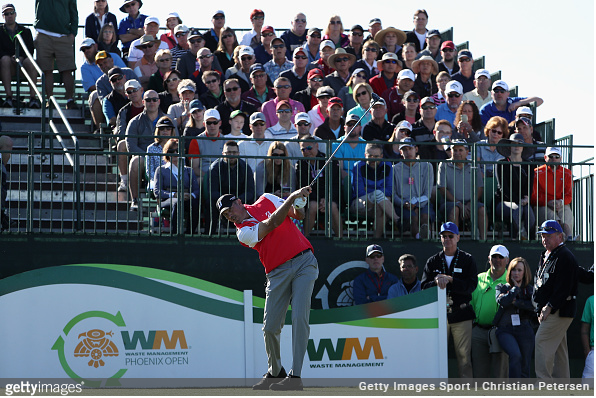 Now 39 years old, Kuchar is still a quality player on Tour, but he may be extra motivated for a career season as he sees his window getting smaller, particularly in relation to the majors. He very nearly netted major No. 1 at last year’s Open Championship, where he held a brief lead on the back nine before Jordan Spieth’s herculean performance over the closing stretch.

Kuchar closed the 2017 season well, with top 10s in seven of his last 12 events, with two of those coming in majors and three of them in the FedExCup Playoffs.

4. SPIETH & THOMAS IN THE FIELD

Increasing the profile of the Waste Management Phoenix Open even further is the presence of World No. 3 Jordan Spieth and World No. 4 Justin Thomas, the winners of the most recent two majors. 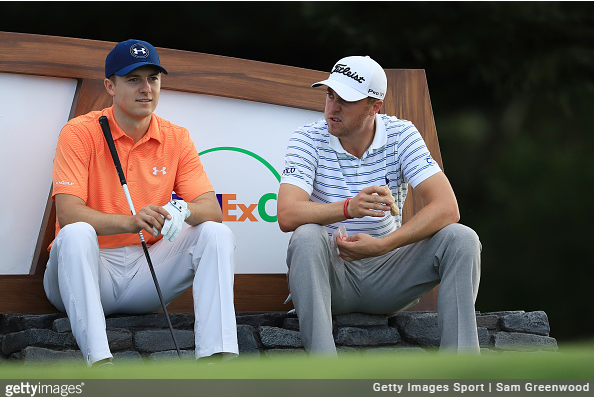 Both Spieth and Thomas have been off the past two weeks after participating in the two-event Hawaii swing. Neither was especially impressive in the two Hawaiian outings, but that will not prevent the duo from being among the biggest draws at the raucous tournament.

Spieth will be making his third start coming off yet another phenomenal season. Among his twelve top 10s (in 23 starts) last season were three wins, including one major (Open Championship), three runner-ups and two other third place finishes. He also finished in the top seven of all four FedExCup Playoff events.

Most years, a season like Spieth’s 2017 would be rewarded with a PGA Tour Player of the Year award. 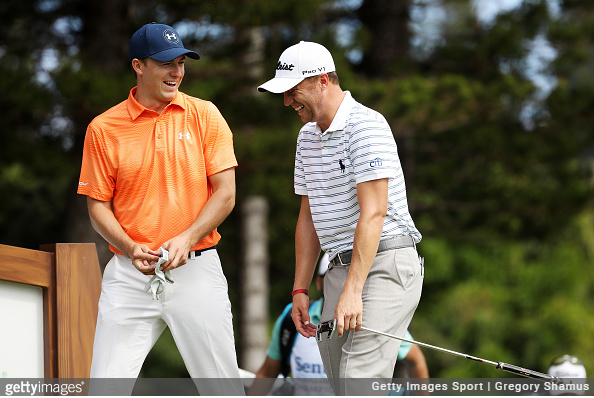 However, 2017 was not like most years, and as great as Spieth was, he was mildly overshadowed by the breakthrough season of close friend Justin Thomas, who also had 12 top 10s, but had five wins, including one at a major (PGA Championship), and a FedExCup Championship.

They were considered neck-and-neck for the award after the major season concluded, but Thomas’ tremendous playoff performance pushed him ahead of Spieth.

Thomas was surprisingly ordinary in his championship defenses at both Hawaii events (T22, T14), but he does already have a victory in the young season, taking the first-ever CJ Cup @ Nine Bridges in South Korea last October. Spieth has the better history at TPC Scottsdale, but nobody will be overlooking Thomas.

This talented 132-man field contains some great players looking for redemption after disappointment of some kind last week at the Farmers Insurance Open. Among them include: 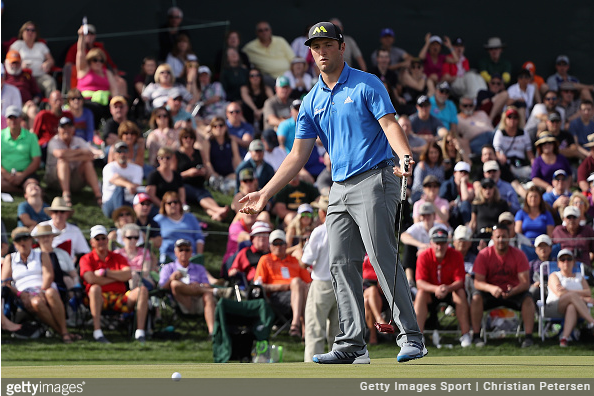 Wow, what an ugly weekend at Torrey Pines for the man who came into the week looking unstoppable.

The week after winning in impressive fashion at the CareerBuilder Challenge, he got back into the leader mix early, and was just one off the lead after 54-holes, but tumbled to a T29 after shooting 75-77 on the weekend.

He is too good to not quickly get his game back together, and TPC Scottsdale could be the perfect place: as a local, who was incredible at nearby Arizona State, the crowd will have his back, and he has played well at this course before, finishing T5 in 2015 as an amateur. 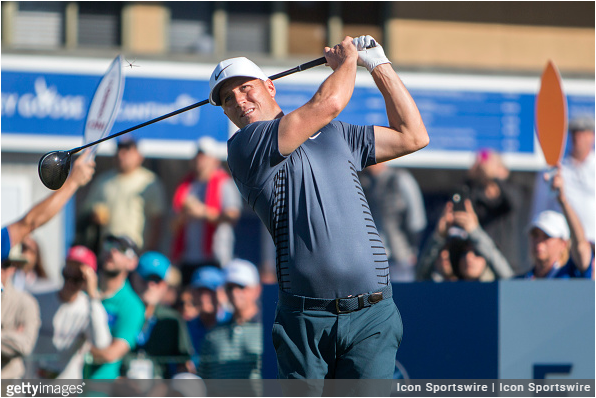 The 35-year-old Swede had easily his best week in the U.S., bringing a formidable competitor in Jason Day to the brink before a waterlogged second shot on the sixth playoff hole doomed his title hopes.

Noren should be thrilled with how his week went, but it could be tough for him to stay focused and in form after an emotionally taxing Sunday and Monday. This will be the TPC Scottsdale debut for the World No. 16 who has 10 wins in Europe. 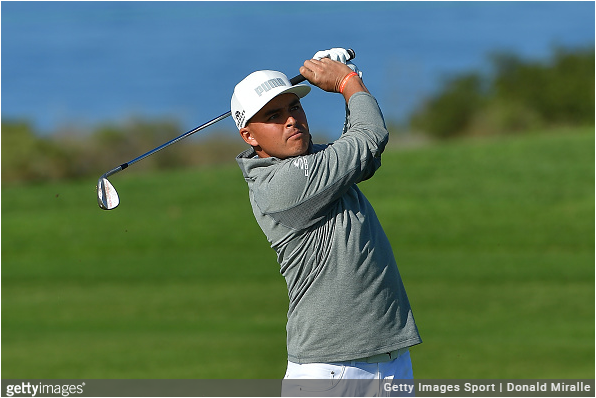 As good as Fowler, the world No. 7 is, it appears that he and Torrey Pines just somehow do not mix. A missed cut after a 72-72 was the fourth time in his last five attempts that he failed to make the weekend, and the other was a T61.

Fowler has tremendous history in this event, however. He took Matsuyama to a fourth playoff hole in his 2016 runner-up finish, and shot four rounds in the 60s to finish T4 last year. 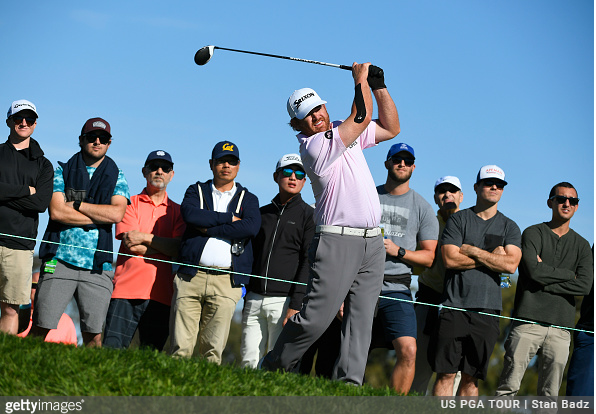 Got into Sunday contention at Torrey Pines, largely off the strength of surprisingly phenomenal putting, despite coming into the tournament in a year’s worth of terrible form, but faced some late disappointment with three consecutive bogeys (14, 15, 16). He then lost some fans when he took an agonizingly long time to take his second shot on 18, which has been largely met with criticism.

Holmes should be optimistic of his chances for a second straight great result, as he is a two-time Phoenix Open winner (2006, 2008), with the former being a seven-stroke romp.