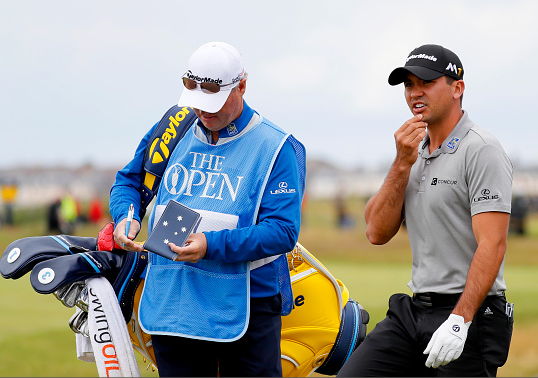 It’s been 12 years since Todd Hamilton shocked the world by beating Ernie Els in a playoff to win the Claret Jug at Royal Troon. And once again the Old Course situated along the coast of Troon, Scotland will play host to the world’s oldest golf championship.

Here are the Power Picks for the 145th British Open Championship.

Former World No. 1, Adam Scott, has been the most consistent performer at the British Open over the last few years. Ever since his dramatic bogey-bogey-bogey-bogey finish to hand the Claret Jug to Ernie Els in 2012, he’s always been a factor at this championship. And since that meltdown in 2012, Scott has finished in the Top-10 each successive year, and is a combined 20-under par over the last five Open Championships. With two wins already this year, and four Top-20s in his last 4 starts, the Aussie is definitely the favorite this week.

Given Dustin Johnson’s laid-back attitude, almost nobody expected him to do well at the WGC – Bridgestone Invitational following his win at Oakmont. But when Jason Day collapsed, Johnson held his own to win his third WGC Title. He could be written off this week as well, but it’s worth remembering that through 36 holes last year, Johnson led at St. Andrews before fading over the weekend, shooting a pair of 75s. Now that he’s got his first major under his belt, if DJ gets off to a good start this week, this championship may be his to lose.

Jason Day is the World No. 1 for a reason. Over the last 12 months he’s won seven times and has another seven Top-10 finishes. This includes a T-4 finish at St. Andrews last year. His high ball-flight might pose a problem this week but at the same time he’s been the best putter on tour this year. His bogey-double bogey-par-bogey finish at Firestone two weeks ago will certainly serve as an inspiration to get the job done this time around.

Of the Big Four, Spieth’s game perhaps suits the Old Course the best, mostly because you don’t need to hit it long this week. With the forecast calling for rain and high winds, Spieth’s determination and grit might just be his biggest weapon. He’s finished in the Top-4 in five of his last 6 Majors, which is simply ridiculous. He is coming in this week slightly under the radar, which might just be what he needs to capture the 3rd leg of the Grand Slam.

Sergio Garcia is coming of three straight Top-5 finishes including a win at the AT&T Byron Nelson. Add to that his performance at the last two British Opens, a T-2 and a T-6, and it’s pretty clear why Garcia is being picked by many to win this week. If anything, his superb performance at the US Open, coupled with Dustin Johnson getting the major ‘monkey off his back’, would seem to favor Garcia ending his years of Major disappointment.