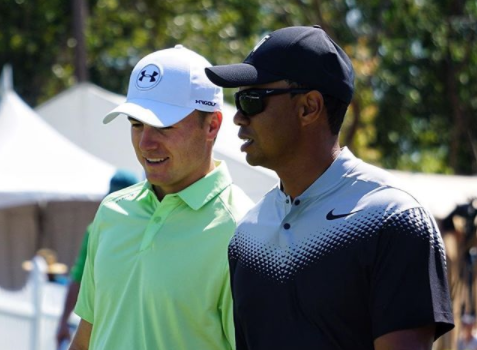 Instead of playing it straight, though, the PGA Tour’s emoji-addicted social media team uses a photo of Spieth with Woods and tries to be too cool for school.

Well, except Tiger and Ted Potter Jr have 81 wins combined too.