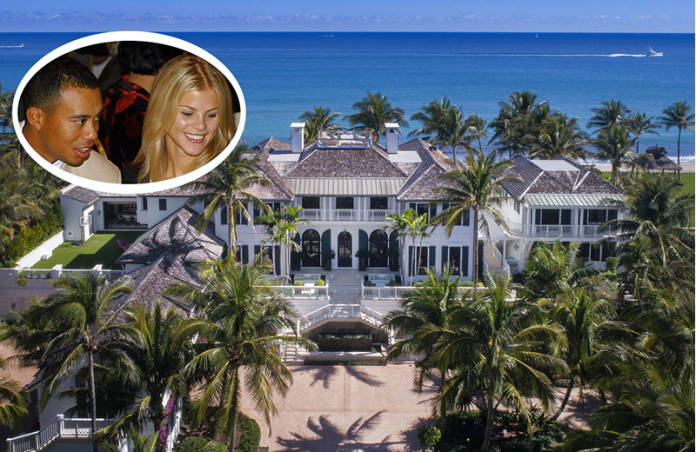 For a cool $49.5 million or so, you can now acquire the house built with Tiger Woods’ divorce settlement.

Elin Nordegren has put her oceanside, 11-bedroom North Palm Beach mansion on the market, secluded on 1.4 gated acres and offering the “most pleasurable resort-like lifestyle,” according to the listing.

Nordegren, who received $100 million in the 2010 divorce that followed Woods’ sex scandal, bought the acreage two years later and had the 1920s-era residence on the property bulldozed to start anew.

At 23,176 square feet, the home also features 15 full bathrooms, a rooftop terrace, a swimming pool with water slide and spa, a wine cellar and a three-story Swarovski crystal chandelier. Plus a guest house and four-car garage.

If the price tag’s a little out of your league, there’s also a chance to buy the two-bedroom condo where Nordegren resided while the big place was being built. That one’s listed for $2.25 million.