Going into the week in Akron, THE story was Jordan Spieth, who was coming off two consecutive victories, and was thought to be using Firestone as a tune-up before attempting to become the youngest winner of the career Grand Slam at Quail Hollow the following week.

Hideki Matsuyama, the 25-year-old phenom from Japan, shot the finest final round in the history of the World Golf Championships (WGC): an impeccable bogey-free 9-under 61 which led to a landslide five-shot victory at the WGC-Bridgestone Invitational.

The 61 tied the all-time record at Firestone and set the WGC final round record by an unbelievable three strokes. The leaderboard was tight and star-studded early, but Matsuyama, who started the day two-strokes behind Zach Johnson and Thomas Pieters, broke out early.

And by hitting green after green, and putt after putt, Matsuyama made easy work of one of the best fields of the season.

It was his fifth career victory, and third on the season for Matsuyama, who vaulted to the top of the FedEx Cup standings, and jumped to the forefront of the PGA Championship conversation.

How Matsuyama Did It

Watching Matsuyama make the notoriously difficult Firestone Country Club look like a beginner’s course was a lot like watching a Floyd Mayweather fight: he was just so technically sound to the point where it was almost boring. 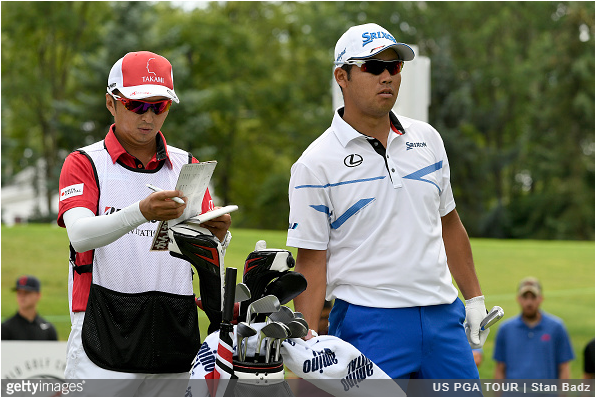 His iron game was absolutely pristine: he hit 16 of 18 greens in regulation, constantly giving himself short birdie putts, which kept dropping.

His putter has been an issue lately, but with his proximity to the pin, he could not miss. He got hot almost from his first shot of the day, as he eagled the par-five 2nd hole, and went out in 5-under 30.

He was just as immaculate on the back nine, particularly with his birdie-birdie-birdie closing stretch to post 61. At a few points on the back nine, there were a few competitors who were still mathematically in the tournament, but there was a sense that none of them had a real chance. Matsuyama was playing a completely different game.

What it Means for Matsuyama

It means that we shouldn’t call Jordan Spieth’s coronation as the youngest Grand Slam winner ever a foregone conclusion. Going into Quail Hollow with THAT kind of round is going to give Matsuyama a great deal of confidence, and he was a favorite to begin with. 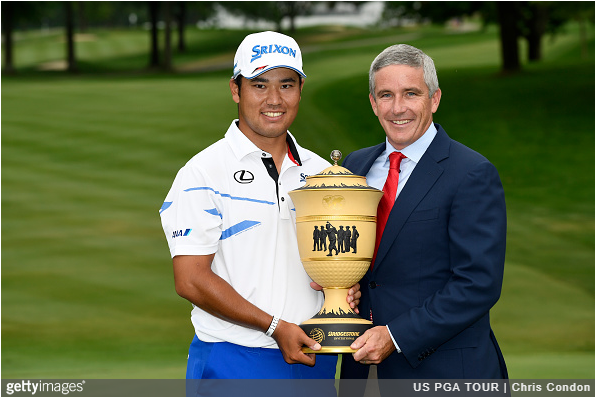 As he showed early in the season, when he had two wins and two runner-ups in his first six official events of the year (in addition to an international victory and a win at the unofficial Hero World Golf Challenge), when he gets hot, he is real hot, and nearly impossible to stop.

He had gone quiet after his torrid start to the season, but after a runner-up at the U.S. Open, a T14 at the Open Championship, and now this victory, it is safe to say that he’s back.

Bringing It on Sunday

Matsuyama had, far and away, the best Sunday round in the field, but he was far from alone in being happy with his final round. 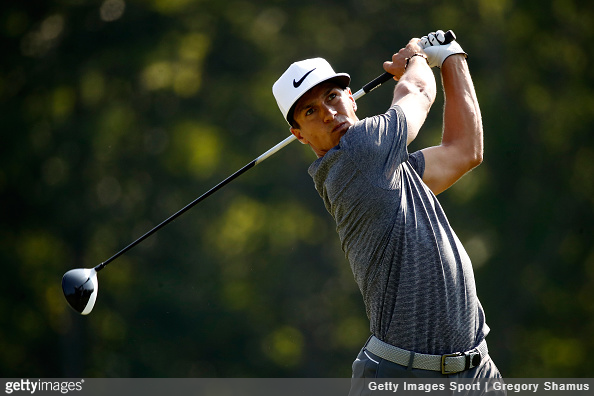 Thorbjorn Olesen, the 27-year-old Dane has been quiet in WGC events, with just one top 10 (T6 at the 2014 WGC-HSBS Champions), but was incredible on the weekend at Firestone.

With eight final round birdies, Olesen followed up a third round 67 with a 5-under 65 on Sunday. At -5 for the tournament, he finished T10, which should give him some good vibes going into Quail Hollow.

Dustin Johnson is looking to get back into the form that vaulted him to No. 1 in the world rankings, and a fantastic Sunday 66 could be big as he looks to for his second major championship next week.

His putting had been an issue recently, but that was the strength of his game over the weekend, gaining five strokes on the field via greens on Saturday and Sunday. DJ started the day 30th, but finished 17th, one of the most significant jumps in the field.

Charley Hoffman kept his recent hot play going, throwing himself into the early mix with four birdies on his first seven holes. He played even-par from there, which prevented him from catching Matsuyama, but a 4-under 66 meant a solo-third place finish, his fourth top 10 in his last six tournaments.

The 66 came in spite of Hoffman hitting just three fairways on Sunday.

Young Belgian Ryder Cup star Thomas Pieters, held the 54 hole lead at Firestone, and with his length, he was a favorite to convert the lead into a victory. 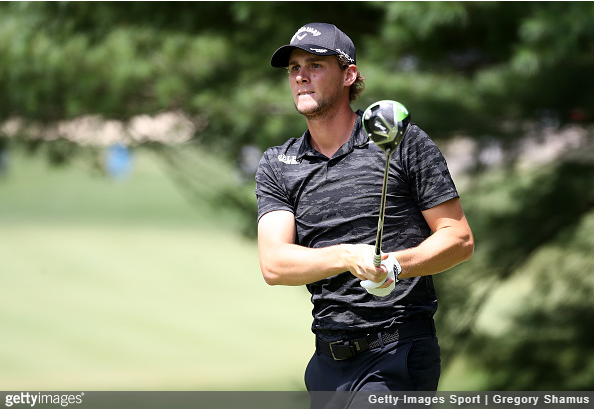 The 25-year-old Pieters found out how difficult life in the final pairing can be. He birdied the second hole, but his round stagnated from there as he carded 14 pars and two bogeys over his last 16 holes, which made him irrelevant down the stretch.

Pieters actually hit nine fairways on Sunday, which was four more than he had in the second round, and more than double what he had in rounds 1 and 3, but he struggled to do much with his chances, especially on the greens where he lost 3.5 strokes to the field in the final round.

With a 1-over 71, Pieters finished in solo-fourth place, his best career finish in a WGC event.

The tide changed quickly on Sunday for 2014 Bridgestone Champion Rory McIlroy, who made big news this week by firing his long-time caddy. With three birdies through six holes on Sunday, McIlroy got to within one-stroke of the lead, and looked to possibly add a win the week before the last major of the year, which is at a location (Quail Hollow Club) that he has dominated in the past. 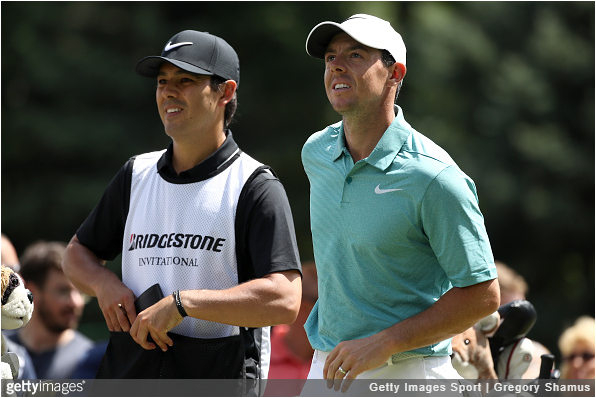 He came unraveled after the hot start, however, playing holes 7-17 at a birdie-free 3-over. A birdie on 18 was good for the stats, as it led to a 1-under 69 and a T5 finish, but he had long lost the tournament by then.

One of the best feel-good stories of the current season was the November breakthrough of 47-year-old Rod Pampling at the Shriners Hospitals for Children Open, where he transmuted an opening round 60 into his first victory in over a decade.

Since then, unfortunately, Pampling’s play has been abysmal: his only top 25 was in a 32-man, no-cut event, and he has not finished better than T48 since April.

That poor play continued in Akron, and especially on Sunday, as a 10-over 80 was the worst round in the field by three strokes. Pampling had seven bogeys and two double-bogeys on the day, hitting just 8 greens and losing nearly four strokes to the field with his putting.

At +21 for the week, only the shell of Danny Willett finished worse at Firestone.

It was not the performance he had in his victory at the Travelers Championship, or his unbelievable triumph at the Open Championship, but a T13 is yet another fine start in a tremendous season for the world’s second-ranked golfer. 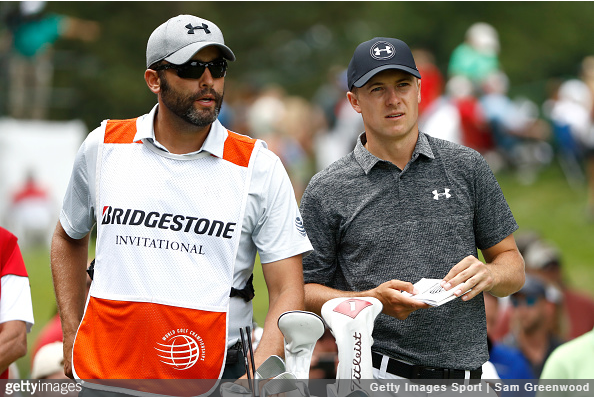 Spieth was never in the final day mix after a 70-71 stretch in the two middle rounds, but was great on his Sunday front-nine, going out in bogey free 2-under. Playing with Matt Kuchar, who was also his partner in the final group in his last start, the Open Championship, Spieth notched two birdies and two bogeys on the back nine, leading to a two-under 68.

After his round, he called Rory McIlroy the “favorite” for the PGA Championship, but given Spieth’s unwavering modesty, it was not much of a surprise.

“You wouldn’t believe it with how I warmed up this morning. I was not hitting good on the range. I did hit some good shots, but I was nervous all around; I really wasn’t sure of my swing today.”