Hideki Matsuyama fired a course-record 9-under 61 in Sunday’s final round at Firestone Country Club to win the WGC-Bridgestone Invitational, his third title of the PGA Tour season. 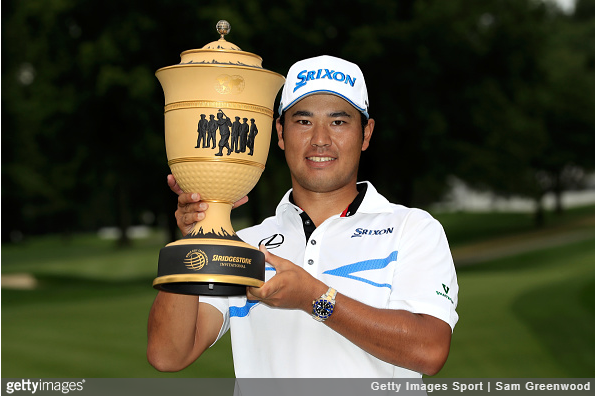 The win earned the Japanese superstar $1,660,000 and 550 FedEx Cup points. The points haul moves Matsuyama into the top spot in the standings, knocking Jordan Spieth back to No. 2.

With his third win, he is now tied with Dustin Johnson, Jordan Spieth, and Justin Thomas for season’s most.