PGA Tour players have no tournament to play in this week, following the cancellation of the Greenbrier Classic. And so it appears the golfers got a jump start on their week of independence by celebrating Independence Day.

Dustin Johnson and Paulina Gretzky spent the 4th of July holiday on their boat celebrating Dustin’s latest victory at the WGC Bridgestone Invitational. They stocked up on some essential adult beverages to fuel their epic fourth of July outing and then finished it off with some fireworks.

Rickie Fowler invited a few of his friends and family over to enjoy some low key J4k16 festivities including hanging out in the pool, grilling, and partying with Justin Bieber. All in all, I think it was a pretty relaxed evening.

Appreciate why we get to celebrate this day?? Happy 4th!!

Rickie and Austin Johnson took apart in the most epic firework display for J4k16.

Can we get a protracer on Rickie and Austin Johnson here? pic.twitter.com/jKBgEaURqA

Bryson DeChambeau had a classic holiday which including throwing around a baseball, drinking beer, and channeling his inner Rickie Fowler who was a pro motor cross racer before he started his career in golf. 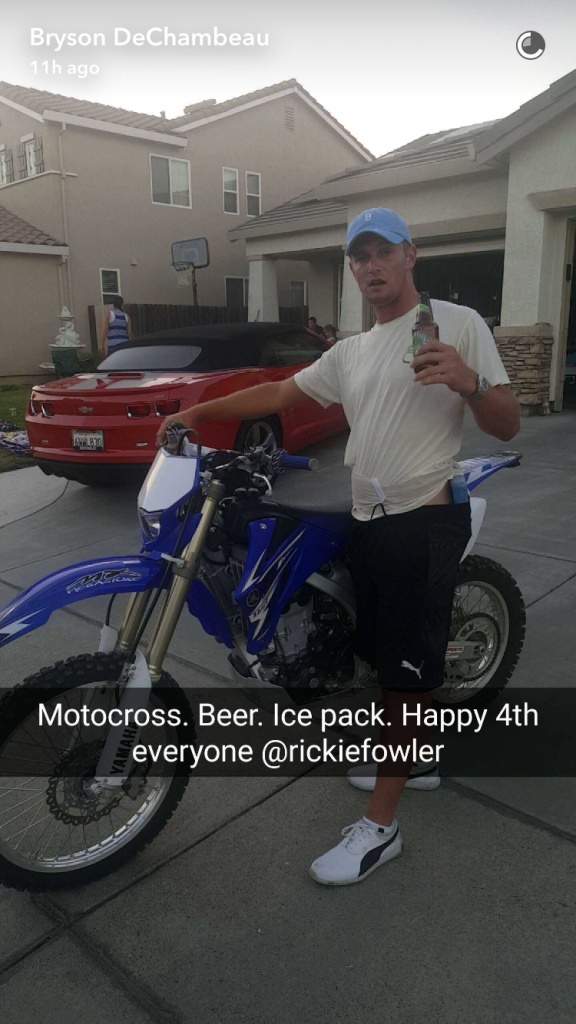 It looks like Bryson, being the mad golf scientist he is, created an ingenious way of enjoying fireworks. Instead of just putting the fireworks on the ground and only experiencing 50% of the experience, he suspended the fireworks from his makeshift platform so they could enjoy every bit of them.