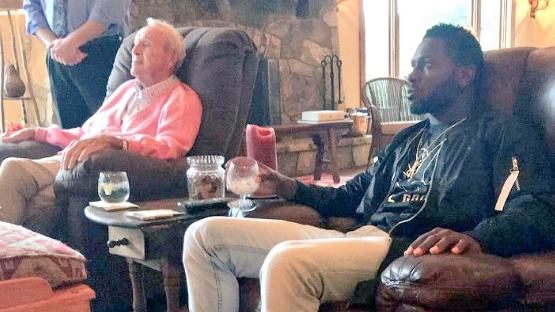 This picture is making its way around the internet that shows Arnie and Antonio Brown lounging in chairs next to each other. Which begs the question: Why?!?

According to Golf Channel, the two got together at Palmer’s home course, Latrobe Country Club, which is only a few miles from where the Pittsburgh Steelers are holding training camp.

Not sure if the two talked football, or golf, but you can be sure they were both sipping on half-tea/half-lemonades.