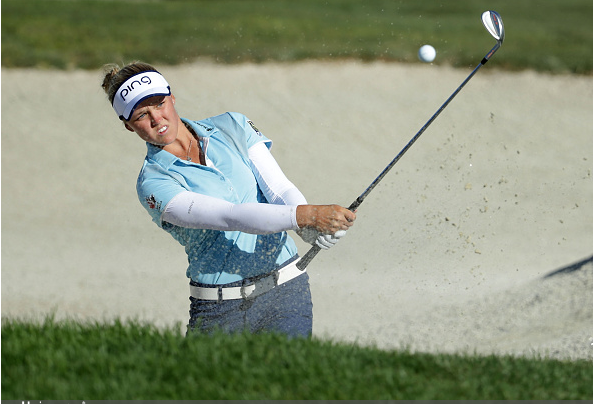 The first round of the U.S. Women’s Open at CordeValle is in the books. Mirim Lee is your leader at 8-under par.

Here are your Frequently Asked Questions for Round One of the U.S. Women’s Open.

1. What was the key to Mirim Lee’s round?

Lee started out with a bogey on her first hole (No. 10) and after that the South Korean went 9-under over the next 17 holes, highlighted by a run of 5 birdies over the final seven holes. Her key stat was GIR, where she nailed 17 of 18, for a 94.4% clip.

Lee did not set a record, but she did tie one for the most under par during a single round. Lorie Kane and Becky Iverson also went 8-under during the second round of the 1999 Open at Old Waverly in Mississippi.

4. What was the most important statistic today?

Greens in Regulation seems to be the key stat for good scores at CordeValle. Anna Nordqvist led the field with a 100% clip, hitting all 18, and finds herself in a T5 spot. Cristie Kerr (T2) and Mirim (1) both hit 17 of 18 greens.

5. Who had the worst round?

Chika Sawada, an amateur from Japan, struggled in her first U.S. Women’s Open, shooting a 14-over 86.