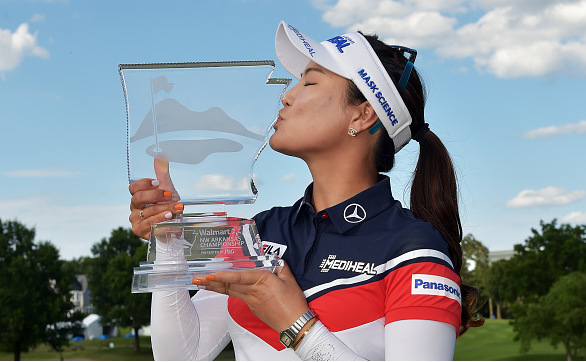 Two weeks ago, women’s golf had its first new No. 1 in 85 weeks when Ariya Jutanugarn overtook Lydia Ko at the top. Now, just two weeks later, there is another new top dog.

This time, it’s 26-year-old South Korean So Yeon Ryu, who became the LPGA’s first multiple-tournament winner of 2017, after she captured the Wal-Mart NW Arkansas Championship by two strokes.

The win comes just one week before the LPGA is set to tee off at the KPMG Women’s PGA Championship, the second major of the year.

Ryu’s other 2017 win was at the ANA Inspiration, the first LPGA major of the season.

“I can still see a bit of things to work on, but I’m glad to win the tournament and I’m ready to play another major next week.”
–So Yeon Ryu