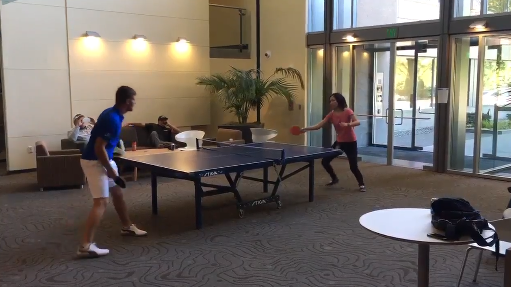 In today’s PGW Daily, we learn more about how players are trying to grow the game internationally, Rickie Fowler and Jimmie Walker announce a partnership, a look at who could be this year’s Heath Slocum, and a golf channel analyst has a genius idea for a new driver.

Players Below the Cut Line to Watch at The Barclays

The Top 100 of the 125 FedEx Cup participants will move on to Boston and the second round of the playoffs at the Deutsche Bank Championship.

1. Francesco Molinari (105) – Has only missed one cut in the past five months. Has three top 10s, all at quality events (T9 at Bay Hill, T8 at Congressional, T7 at TPC Sawgrass).

2. Andrew Loupe (109) – If he could finish as well as he starts, Loupe would be a lock for East Lake. 5th in driving distance, 1st in club head speed. If he starts showing any consistency, watch out.

3. Troy Merritt (120) – Former Tour winner as been very up and down this year. Merritt is putting very well this season.

Equipment Idea of the Day

Golf Channel analyst Lauren Thompson has a great idea for an auto-correcting driver.

Amazing week @OlympicGolf in #Rio2016 & congratulations to all the players who became Olympians #GrowTheGamehttps://t.co/xcKMbbCZNh

International Pic of the Day

China’s Shenshen Feng is living the dream of being an Olympic medalist. Her bronze is a big deal in a country without a great golfing history.

Didn't know my ranking until the last hole. This medal means a lot to me. Still feeling like a dream…#OlympicGolf pic.twitter.com/BzQLwiDOSs

Some very serious statements by @anirbangolf on the state of #Indian sports and the Sporting culture of the nation. pic.twitter.com/NhqjU25lNb

Quote of the Day Part II

Fowler announced that he and Walker will be partners this November at the World Cup of Golf in Australia. The duo may be able to get some practice time in Hazeltine, if Davis Love III thinks Rickie is a worthy Captain’s pick.

Most Unsatisfying Video of the Day

Web.com Pros Trey Mullinax and J.T. Poston do their best Bryan Bros imitation. Do not watch if you are bothered by not getting closure.

Tour rookie Bryson DeChambeau accepts a ping pong challenge, not knowing his opponent was on the Olympic Team.

We waited until @b_dechambeau's first loss to tell him our intern @Erica15Wu was on the US Olympic team. pic.twitter.com/oGkrcyIf2k

Drive of the Day

Spolier: the ball goes backwards and the golfer gets hit.

Inspired by the PGA in Springfield NJ, but we have some work @BeefGolf pic.twitter.com/OKPLi5q0kO

Good Guys of the Day: Titleist
Titleist constructed a special ball for Stephen Jaeger, the man who shot a 58 on the Web.com Tour last month.

What a cool gift! Thanks @TitleistonTour @Titleist for the amazing work! pic.twitter.com/ygDyBb3epw

Those of you near London will really want to see this.

Best Adaptation of the Game

Some European Tour members played a game of “shock golf” which is exactly what it sounds like.

How good are players are putting under pressure (electric shocks)?

Stand out on the course for more than just your play.  Callaway has opticolor gloves that come in green, red, blue, and black.