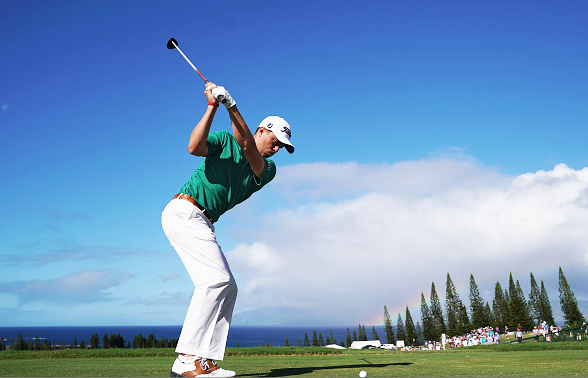 Golf fans got their first fix of 2018, as 34 players who tasted victory in 2017 teed up for an entertaining four days at the Sentry Tournament of Champions. 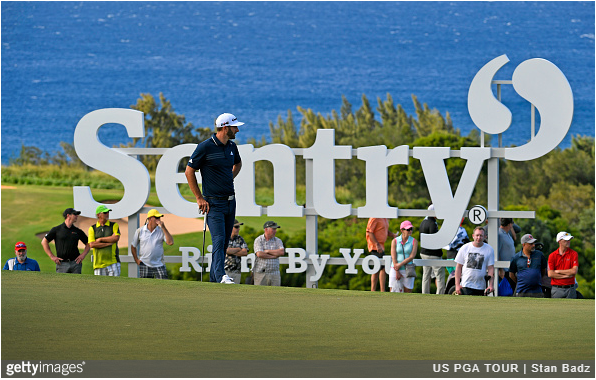 The tournament was ultimately dominated by World No. 1 Dustin Johnson, who in an eight-shot romp looked like he should also be ranked No. 2 and No. 3.

DJ was the big story, but not the only story at Kapalua, where several other notables got their years off to encouraging starts, while a few others walked off the course shaking their heads… figuratively, of course. Nobody has their heads down too long in Hawaii.

Not enough can be said about how dominant DJ was in the first tournament of 2018. He demolished the field tee-to-green, led the field in eagles and birdies, and was inches from the first par-4 ace in 17 years (and unlike that ace, DJ’s would not have been aided by hitting a player on the green in the group ahead). 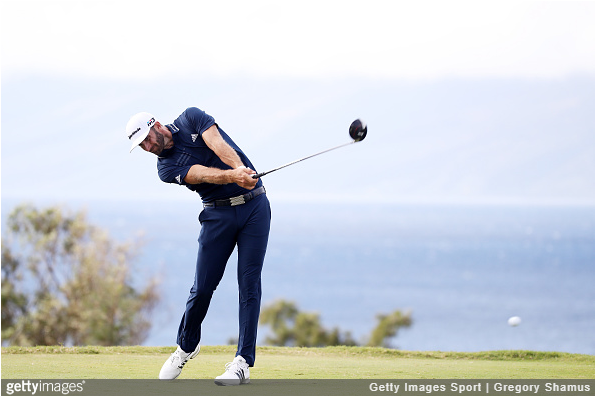 More impressive, however, might be the inspiring resiliency he showed. When we last saw the world No. 1 in an official event, he squandered a six-stroke 54-hole lead at the WGC-HSBC Champions in China.

Again grabbing the third round lead at Kapalua and bombarded with reminders of his disastrous Sunday in Shanghai, Johnson did not look anxious in the slightest, going out in 32, and transmuting his two-stroke lead into an incredible eight-shot obliteration.

Not only was his final round 8-under 65 his best round of the week, it was the third consecutive day he had bettered his score from the previous day, the only player in the field to accomplish that feat. His 17th career PGA Tour victory also kept his streak alive of having at least one win in each of the past 11 seasons.

Stop us if you’ve heard this story before: Jon Rahm, in an event debut, played the course like he had already competed there 20 times. 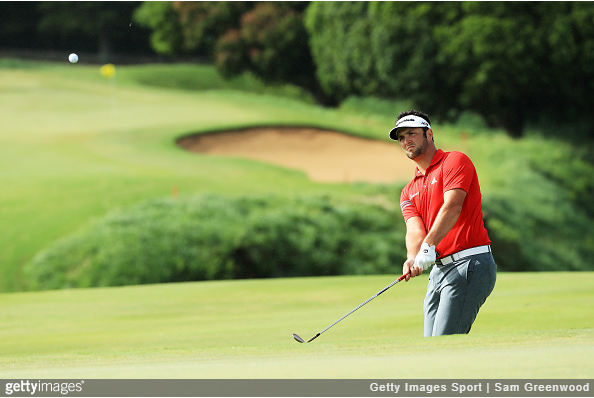 Rahm took runner-up honors at Kapalua after a final-round 4-under 69, which allowed him to shoot 16 under in his debut at the Plantation Course, a track that is traditionally difficult for first-timers.

The 23-year-old prodigy, who is now ranked No. 3 in the world, is coming off a 2017 season with three victories (two European Tour, one PGA Tour) and 11 top-10 finishes, despite mostly playing courses that he’d never seen before.

Now, Rahm will be playing these events with the benefit of experience. That should be a scary thought to the Tour.

The former Georgia Bulldog would loved to have notched a win the day before the Bulldog football team takes part in tonight’s College Football National Championship against Alabama. 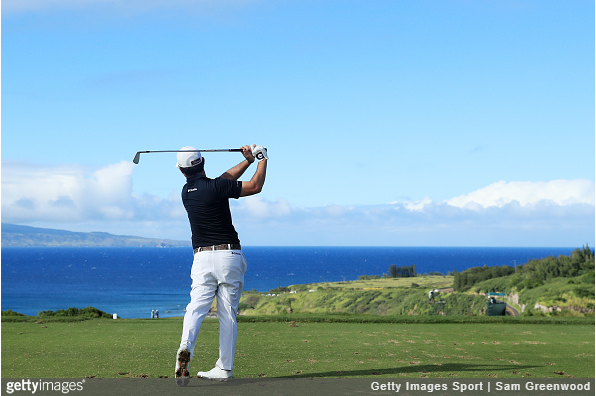 The 30-year-old was unable to draft much off playing partner Dustin Johnson’s impeccable Sunday play, but even with a pedestrian final-round 72, it was still a third place finish for Harman, his fourth straight top-10 finish in four events this season.

The 2017 U.S. Open runner-up led the Kapalua field in greens in regulation, as he continues to boast of the best short games on Tour.

Welp. Perhaps we should have put more stock into Brooks Koepka’s last-place finish last month at the unofficial Hero World Challenge, something most brushed off as a fluke in an event that is essentially a glorified exhibition. 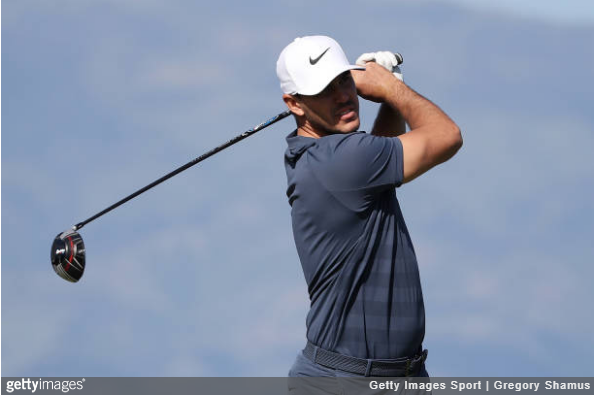 Coming into the week, the reigning U.S. Open Champion was a popular pick to take the Kapalua crown. He had placed T3 in his previous TOC start, and despite the hiccup at Tiger’s Tournament in the Bahamas, Koepka has had good results lately, winning an event in Japan and finishing T2 at the WGC-HSBC Champions.

However, Koepka was absolutely abysmal at Kapalua, finishing over par in all four rounds, and posting 13-over-par, six strokes worse than the man who finished in next-to-last place.

There have been reports that Koepka is having trouble with a wrist that doctors have unable to find anything physiologically wrong with so far. Koepka is as talented as anyone on Tour, but this week was a troubling development.

2. A Disappointing Defense For JT

A final-round 6-under 67 was cosmetic for defending champion and reigning PGA Tour Player of the Year Justin Thomas, who never threatened the leaderboard, eventually finishing T22 (4-under for the week). 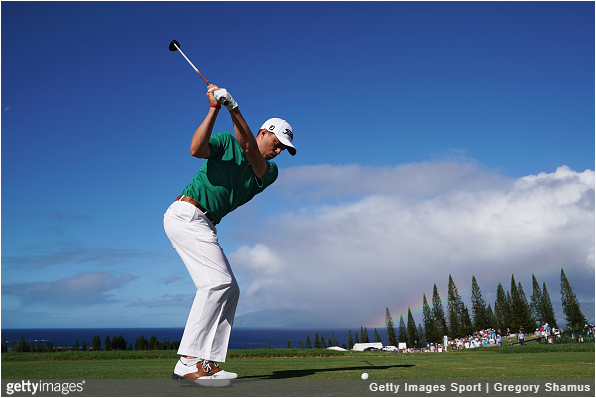 This is the second time this season that Thomas has had a surprisingly difficult time in a title defense, finishing T17 as the two-time defending champion of the CIMB Classic back in October.

However, Thomas followed up that pedestrian week by winning the CJ Cup @ Nine Bridges in South Korea the following week. Thomas will be hoping to repeat that history when he plays the Sony Open next week, a tournament where he is also the defending champion.

Experience is usually a big advantage at the Sentry TOC, which many believed boded well for 34-year-old Brendan Steele, who finished T6 at Kapalua last year. His recent form was also strong as he won the Safeway Open back in October. 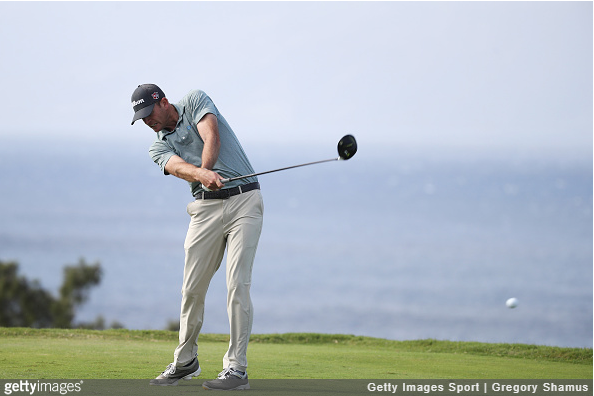 Unfortunately, Steele never looked comfortable at Kapalua, finishing in solo 29th at just one stroke under par. Steele drove well during the week, finishing sixth in the field in strokes gained: off-the-tee, but abysmal putting on Kapalua’s big, slow greens kept him well off the pace.