Is there a new PGA Tour Twitter beef brewing between Billy Horschel and Graham Delaet, or just some friendly banter?

The two traded emoji-fueled blows after a generic tweet from Horschel, one week before the 2016 U.S. Open at Oakmont.

DeLaet, not playing in this weekend’s major, replied to the tweet with a reference to Horschel’s antics at last year’s U.S. Open.

Here is the exchange: 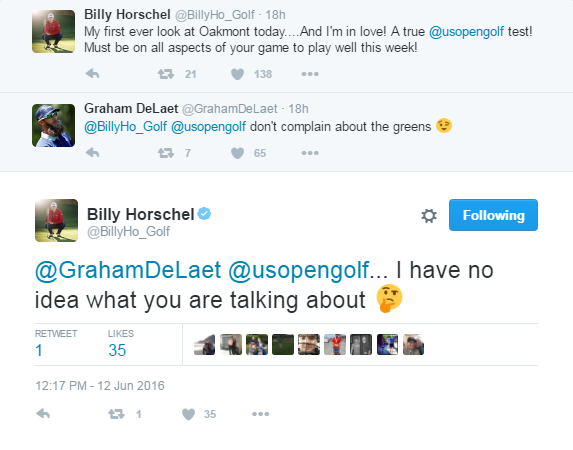 Frustrated by the conditions at the 2015 U.S. Open at Chambers Bay, Horschel famously did this: