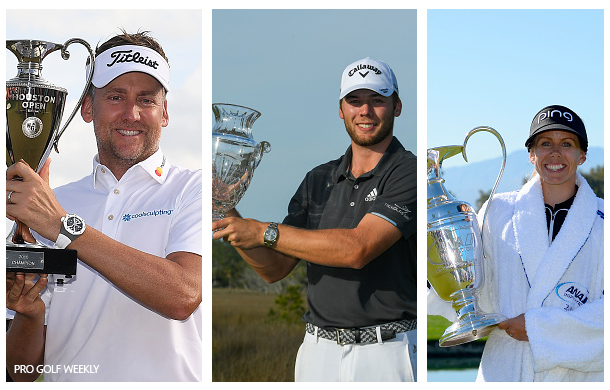 Gary Player has a classy tradition of sending a congratulatory tweet to the winners of the weekly pro tour events. And because we close out each week with a quick rundown of the winners, we thought it would be kind of neat to include the all-time great’s congratulatory messages with the content.

And what better time to start archiving Mr. Player’s tweets than the week of the Masters.

Ian Poulter shot a final-round 5-under 67 on Sunday at the Golf Club of Houston and then beat Beau Hossler with a par on the first playoff hole to capture the 2018 Houston Open.

Congratulations again @ianjamespoulter on your @HouOpen victory and on qualifying for @TheMasters. So excited for you my friend. GP pic.twitter.com/2IV0t9g2gd

Sam Burns posted his third straight 65, highlighted by a hat trick of birdies on Nos. 16, 17, and 18 to capture the 2018 Savannah Golf Championship. In just three starts on the Web.com Tour, the former LSU star has a win and a runner-up to go along with a T20. Additionally, in five starts on the PGA Tour, Burns owns three top 20s (20, 8, 12).

The leader after each of the first three rounds, Pernilla Lindberg shot a final-round 71 on Sunday, highlighted by a birdie on the 72nd hole, to reach 15-under par and join Inbee Park and Jennifer Song in a playoff. On the eighth sudden-death hole (No. 10), stretching into Monday, Lindberg broke the ice with a 30-foot birdie to claim victory over the legendary Park, and capture the ANA Inspiration – her first career victory of any kind as a pro.

Congratulations @pernillagolf on winning the @LPGA’s first Major of the year @ANAInspiration after a tough and exciting playoff finish. Excellent golf from you both @InbeePark. My best. GP pic.twitter.com/D5w76Wex5x