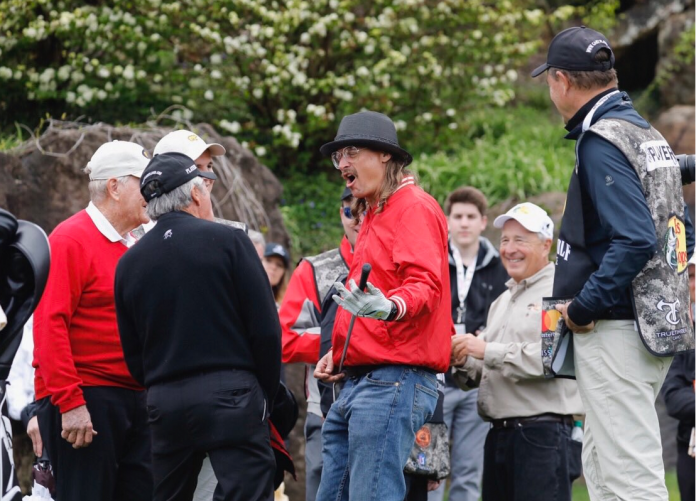 On Sunday, playing in the Bass Pro Shops Legends of Golf’s Celebrity Shootout, Kid Rock drains a lengthy birdie putt and then gets a high-five from teammate Jack Nicklaus.

While Kid Rock was unable to defend his title with Jack Nicklaus, the rocker calls Big Cedar Lodge on of his “favorite spots to visit in the world,” and recommends it as “bucket list” destination.

Jack and Gary take a quick break for an air guitar lesson from Kid Rock! ? pic.twitter.com/LdWHnlsIZL

The shootout was won by Larry the Cable Guy and Johnny Miller.