Four of the past five U.S. Open winners, including defending champion Bryson DeChambeau, had not previously won a major championship.

With varying levels of uncertainty surrounding a number of the game’s best players, Torrey Pines could very well become the site of the next first-time major winner.

Rahm is undeniably the best player in the world to not yet win a major, something he is the odds-on favorite to accomplish this week. If he shows the form he had at Muirfield Village, Torrey Pines could become a rout, but it is far from certain that he gets back there so quickly is one of three players to finish in the top ten of the first two 2021 majors… He finished T5 at The Masters, despite the distractions arising from his first child being born just days earlier, which he followed up with a strong Sunday at Kiawah Island that allowed him to finish T8 at the PGA Championship… In five U.S. Open starts, his best finish was a T3 at the 2019 edition won by Brooks Koepka.

The World No. 6 was born in La Jolla and starred at San Diego State University. It feels like a safe assumption that he is well-versed on Torrey Pines. Even if the U.S. Open wasn’t happening in his backyard, Xander would be among the favorites given that he has finished T6 or better in all four of his tournament starts… He was solo-fifth in September at Winged Foot, finding Sunday to be especially difficult.

The World No. 7 was in miserable form when he became the chief beneficiary of Jon Rahm’s controversial withdraw from The Memorial Tournament, the second time Cantlay has won at Jack’s Place… Despite missed cuts at The Masters, THE PLAYERS, and a pedestrian T23 at the PGA Championship, the 29-year-old leads the FedExCup standings… His best U.S. Open result was a T21 as a 19-year-old amateur in 2011… He matched that T21 as a pro in 2019.

The amiable Englishman is coming into Torrey Pines with much-needed momentum, snapping out of a recent funk with a T2 at last week’s Palmetto Championship at Congaree… He re-entered the top 10 of the OWGR in the process… He is very streaky, and even against a mediocre field, that runner-up could be huge.

The 23-year-old from Norway broke Jack Nicklaus’ amateur record two years ago at Pebble Beach, finishing the week at 4-under and a T12… He has run very hot-and-cold this past year, although he figures to consistently contend in these majors.

The 31-year-old finished runner-up in three straight events worldwide earlier this year, but has seen a decline in his results since… He has finished in the top 10 of four straight major championships.

Overdue for his first career Tour victory, the 24-year-old Texan fell just short in his most recent start, finishing solo-third at The Memorial, where he co-led the field in birdies… All six of his 2021 top 20s have come since February, and he should be extra motivated at this year’s U.S. Open, given that he was forced out of the last one after testing positive for COVID shortly before… Scheffler could become the first player to notch his first Tour win at the U.S. Open since Graeme McDowell accomplished that feat at Pebble Beach in 2010. 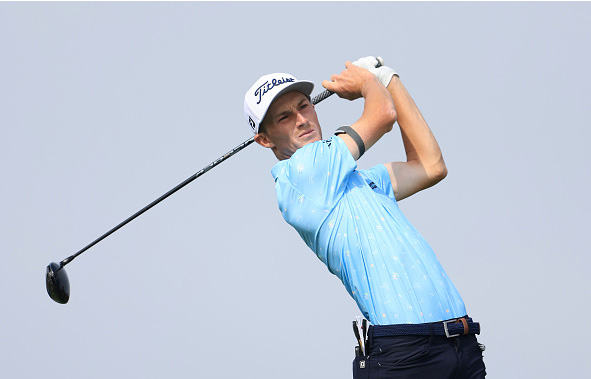 The 24-year-old American has posted three straight top 10s in majors, while having only made four career major starts… The runner-up to Hideki Matsuyama at The Masters figures to snag his first PGA Tour win in the very near future… He was T6 at Winged Foot in September.

It cannot be forgotten that in DeChambeau’s September rout at Winged Foot, it was actually the then 21-year-old Wolff who held a two-stroke 54-hole lead… The world No. 32 also finished runner-up in his next start, at the Shriners Hospitals For Children Open, but has been an absolute mess since… He was disqualified from The Masters, signing an incorrect scorecard after missing the cut.

The 24-year-old South African won last week’s Palmetto Championship At Congaree, in what was just his second career PGA Tour start… He now has three wins in his last five starts worldwide, making him arguably the hottest player in the field.