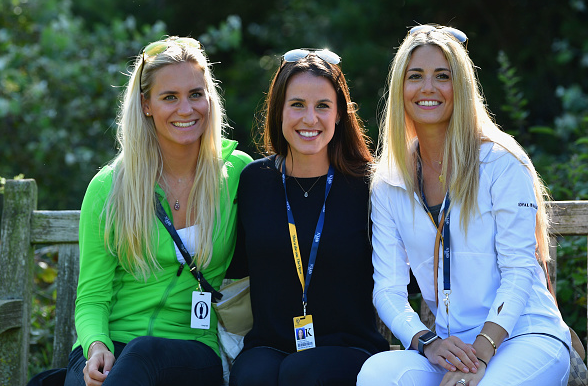 The first round of the 146th Open Championship at Royal Birkdale Golf Club kicks off tomorrow morning.

Today, Wednesday, was the final official day of preparation for the world’s best golfers.

Here are some of the best photos of today’s practice round from photographers at Getty.

Sergio Garcia poses for a selfie with a fan during Wednesday’s practice round at Royal Birkdale.

Inside the Ropes Ticket

Justin Thomas wears his players badge during Wednesday’s practice round prior to the 146th Open Championship at Royal Birkdale.

Dustin Johnson plays an approach during Wednesday’s practice round.

Jon Rahm chats with his caddie during his practice round.

Rickie Fowler prepares for his practice round in the Royal Birkdale locker room.

Andrew ‘Beef’ Johnston takes a selfie for fans during a practice round.